You’ll hate this word, but it could save your business 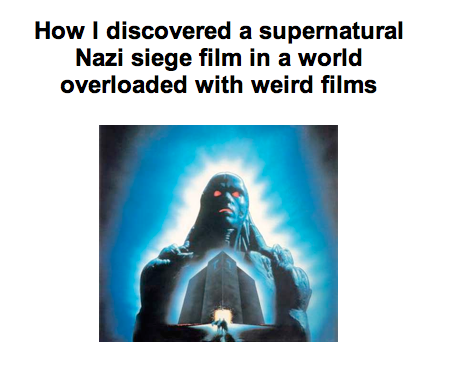 FULL DECLARATION: This email is not about turning you into a lover of blue neon Nazi demons… it’s about the biggest opportunity you have to grow your business in the digital age.

However, you’ll need to bear with me.

Don’t skip to the end.

I really need you to know about the blue neon Nazi demons first.

I’ve told you many times before that a bit of passion goes a long way towards making your business website, blog posts, emails and social media feeds more interesting.

Well, when I’m not nose-deep in the latest business marketing books, I have a passion for cult cinema. 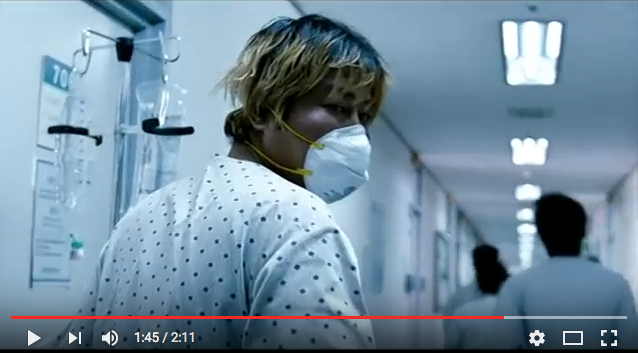 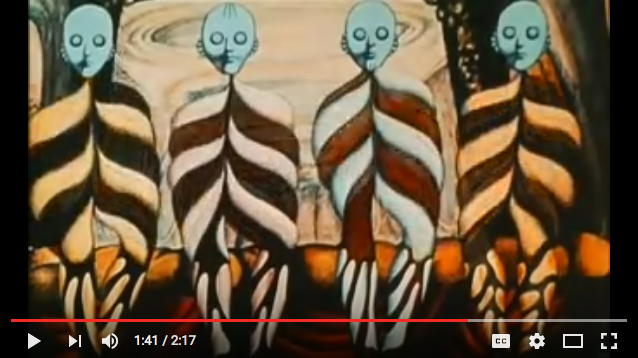 Once Heloise has gone to bed I go down to my basement of horrors and get hooked into the weirdest stuff I can find.

But just as I find with music (my other big passion) there is so much out there, it’s intimidating… even to an aficionado like me.

There are millions of films, new releases and old, from so many different countries, it’s a constant battle to seek out new things worth watching.

Yes, I may love cult cinema, but I’m so busy these days. My kids, my work, my love of mutated digital photography, the huge reading piles by my bed and desk, my yoga and fitness.

This is why online sources of recommendations are so important.

Following people on Twitter who share the same taste in films – that’s one obvious way. However, my social media feeds are growing bigger and becoming more cluttered by the day, with people tweeting about all kinds of subjects that interest me.

And this is the big problem you face, both as an Internet user and as someone growing a business…

Trying to pick out the relevant information in all this clutter is becoming harder by the day In the current digital age. The more active you are online  connecting to email updates, social media feeds, communities and forums  the more noisy and complex your online world becomes.

When I started out, I followed around a few hundred people on Twitter, and had one account. Now I have three accounts: one for digital marketing, one for my publishing business and one for my weird esoteric image, cult film and music interests. Combined I’m following almost 3,000 feeds. That’s not to mention Flickr, Pinterest, Instagram, Scoop.it and other channels I’m on.

This is why there is a trend for businesses that thrive by selecting and choosing TV and films.

Netflix, for instance, makes recommendations based on what you watched in the past. However, the films on there tend to be limited, mainstream and not particularly strong when it comes to foreign cult cinema or vintage films.

Here’s where other more niche businesses can take advantage.

They describe themselves as a “curated online cinema”, offering cult, classic and independent films. Each week a panel of experts chooses a new film, delivering them to you in a way that tells a story over time.

This offers something you don’t get from Netflix, Blinkbox or other sites.

For example, last week’s pick was a 1980s supernatural neon Nazi siege film with a prog-disco soundtrack. Amazingly, this insane film was directed by Michael Mann, the same guy that directed Robert de Niro in the macho thriller Heat.

As the film blurb goes for The Keep: “Nazis are forced to turn to a Jewish historian for help in battling the ancient demon they have inadvertently freed from its prison.” 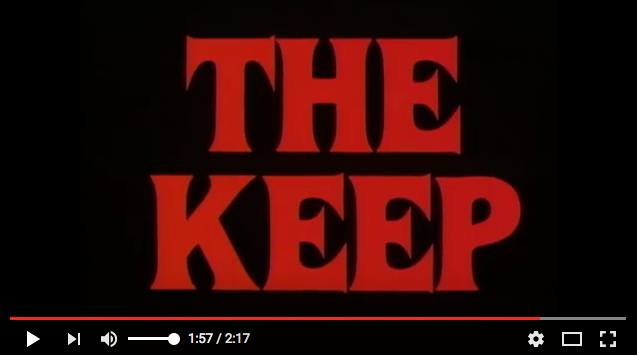 Not many people know about this film, which is why MUBI adds value  because it digs deep to find cult films that surprise and delight its subscribers.

In this way, MUBI is a perfect example of the new wave of online businesses.

They don’t pile on more information, more choice, more confusion… they use their authority, passion and expertise to select and simplify.

And rather than pass on the same mainstream choices that people can find anywhere, they go for niche content that’s unique, different and suited to niche tastes.

MUBI will never be Netflix, and they don’t need to be. They’ll have enough freaks like me to attract by digging up obscure, cheaper-to-license films without needing to create their own content.

I don’t know what precise business you’re in, but it’s highly likely that your prospects are overloaded by choice, bored of websites that offer the same old thing and paralysed with indecision about what to choose. They’re looking for experts to trust – and if you can become one of them, you can start to steal away potential prospects from far bigger rivals.

The Power of Selection in a World of Excess

I’ve been nose deep in a brand new book by Michael Bhaskar called Curation: The Power of Selection in a World of Excess.

He defines curation as the “selection and arrangement of information”… but also “refining, reducing, displaying, simplifying, presenting and explaining” information in order to add value.

As he explains, information overload is a serious problem that businesses need to fix if they want to build a following.

For the past two years we’ve produced more data than the rest of human history combined. More information is churned out on Facebook each day than exists in the Library of Congress. Each Internet user has 320 times more information available to them as stored in the entire ancient Library of Alexandria.

But this has created a problem of abundance. There is so much information out there, of such varying quality and reliability, that it paralyses people.

This is why today’s Internet users place value on business that strip away choice and deliver something simpler, more easy to understand – and that do so with authority.

Going back to my cinema example…

Let’s say you have a friend who’s an expert in films and who shares your taste in cult cinema. Why bother scouring websites looking for interesting films to watch when you could just request: “Give me three classic cult 1980s films to watch this weekend.”

To give it even more value, your friend might add: “For best effect, watch them in this order.” Or: “This one might be more fun to watch after a few drinks.”

Now I don’t blame you if you balk at the word “curation” – it’s been overused and abused in the past few years. For instance, here’s a spoof article on the comedy website The Daily Mash. 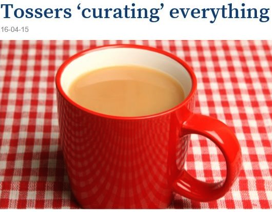 The article described a 35-year-old visual artist who declared he was curating his cup of tea.

“The tea-making process is an ongoing dialogue between water, milk and tea that requires careful curation,” he explains. But just because something is a trendy buzzword, it doesn’t mean it’s not true, and also that curation isn’t a solution to a very real problem. It would be perilous to ignore this, just because the hipsters have commandeered it.

‘Tossers’ who claim they’re curating tea aside, there are several powerful ways curation can grow your business:

These are a few ideas to get you thinking. Over the coming month I will come up with a more precise, step-by-step method of applying curation techniques to your business and get them into the member’s site.

Until then, keep an eye out for those Nazi demons (on the on-demand film subscription streaming service of your choice, I mean)…