Why you should treat your online marking like a political campaign 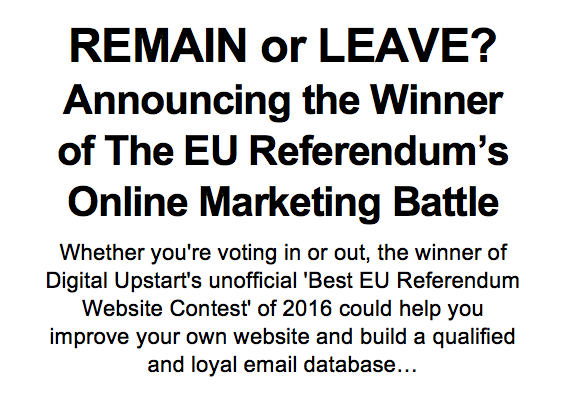 The big vote is just a few days away…

It’s looking like a close race (if polls are to be believed – which they absolutely weren’t in the last UK election).

The Ins could win on the 23rd and keep us in Europe, bound to “the shackles of Brussels” (Boris Johnson).

Or the Outs could have it, and lock us into isolationism, nimbyism and the “fragmentation of the western world” (former foreign secretary William Hague).

More than anything, I’m getting ready for a barrage of angry emails from OUT voters when they read this email.

But before you email me your rage – or lengthy, reasoned arguments – please understand, today’s eletter is not a political statement.

Whether we remain in Europe or not, the aim of Digital Upstart is to help you improve your online marketing, build a qualified email list and a loyal audience of customers who believe in you, trust you and buy your products.

Because no matter what I think, or what will happen on the 23rd, I believe there is one battle that has been won by the Remain camp….

Why you should treat your online marketing like a political campaign

One of the best ways you can improve your business is to look at the online activities of passionate political and social campaigns.

The rival campaigns couldn’t be any more relevant or highly charged, and the stakes could not be higher.

These sorts of sites are strident in their goals, ambitions and call-to-action (the bit where you turn passing traffic into something more engaged).

They are designed to grab the attention of people who have deep, passionate beliefs, then convert them into members of the campaign.

The ultimate goal is to get them to vote.

In the same way as you have to take a casual website visitor on a journey towards handing over their money for your goods or services.

So you should treat your online business like a passionate political or social campaign.

It doesn’t matter whether you sell wedding accessories, blog about cycling or run a wine shop.

If you can do that, you’ll build a following of like-minded people who share those passions, who believe in your cause, and see you as authentic and credible.

So let’s see how the IN versus OUT approach this on their campaign website, and how you can adapt their principles for your own website.

By the way, I’m looking at these websites “above the fold” – which means I’m running an analysis on what most causal visitors would see on their screen before they start scrolling down.

It’s all about that first hit of communication.

Benefits and Human Interest – the IN campaign 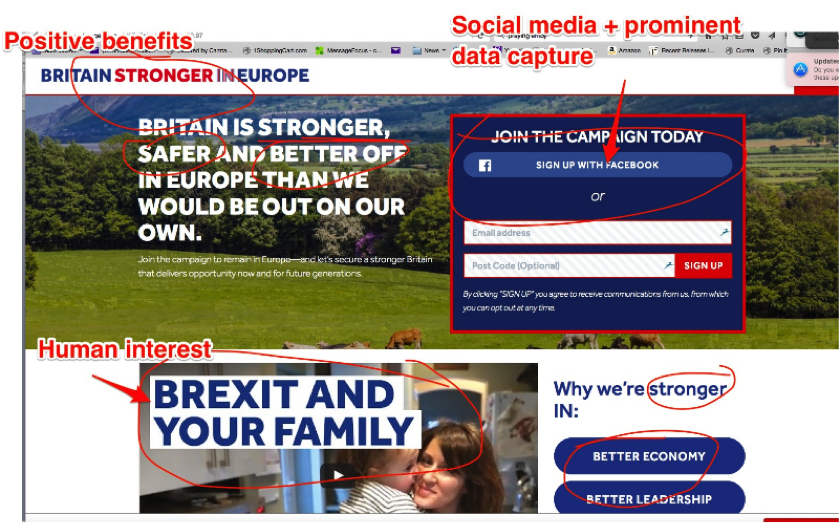 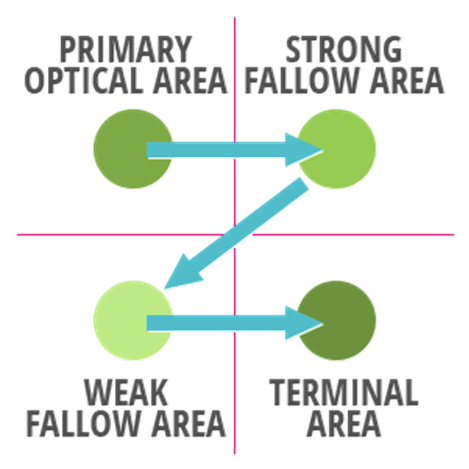 Okay, so let’s turn to the Vote Leave website… 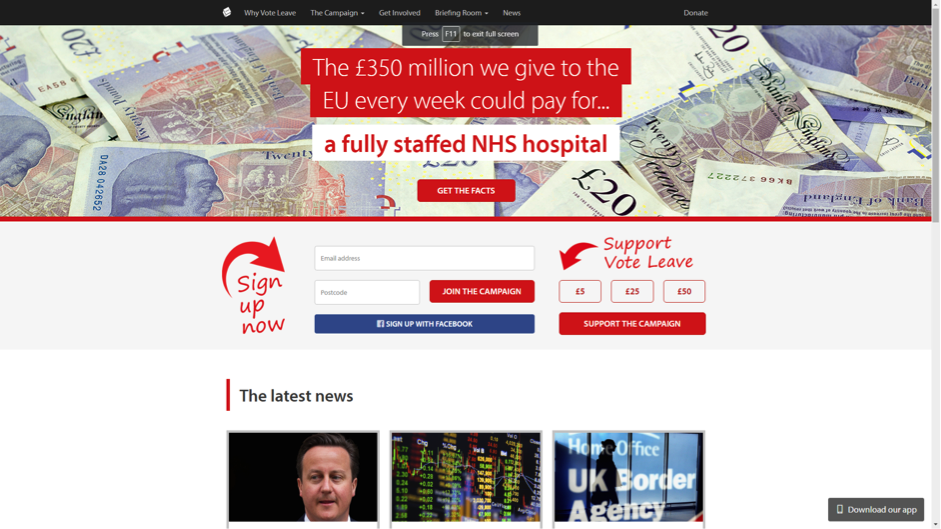 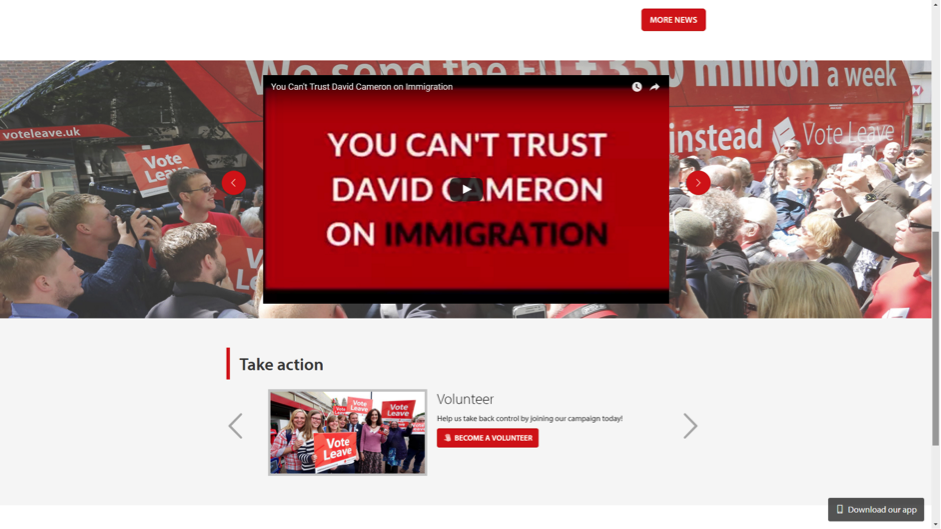 Now, ultimately, if the OUTS win the day, you might tell me that my assessment was wrong.

Of course I don’t believe the EU Referendum campaign will be won because of a webpage design.

However, I do believe that the IN campaign is one that tries a lot harder to get its claws into the emotions of the visitors, and get across clear benefits.

The messages you can take from both is this:

Really, this is why I have been prepared to wade into the EU Referendum storm today.

I know it will stir up emotions, opinions and outrage.

But hopefully this will get across how important emotions are when it comes to your online success – they drive your potential customers to take action!

That’s it from me.

I’m off to by a tin hat and wait by my inbox.