Why you must adapt when selling on Amazon… 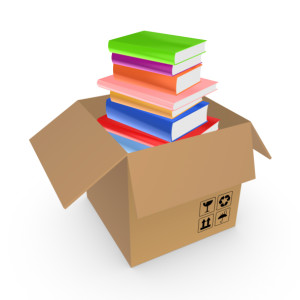 I would say that selling on Amazon has changed significantly over the 10 years: it was certainly easier to start as a complete beginner and allow your business to grow organically, yet still make extra income.

To sell using Amazon these days you need identification, such as a passport, and you will be required to register a credit card too. This was not expected in 2006! Opening a selling account was much simpler and barriers to starting up your very own business were fewer.

It was certainly easier to make money, with relatively fewer books in the overall inventory than today.

Mostly this is because the postage rates were far lower than they are today; the buying price for low-priced books (1p books) hasn’t changed much – there is only a few pennies between the prices then as now – but Amazon have only increased the postage credit by 6p, yet actual postage rates have gone up dramatically.

When we first started on Amazon, it was more than possible to make money on 1p books with the postage credit set at £2.74, even after Amazon took their cut from the total paid by the buyer.

Ten years on it is still possible to make money on 1p books, but only if the book is light and a large letter size.

Of course back then Royal Mail did not calculate prices according to size and weight, e.g. large letters and packet-sized items (as they do now).

That change has made it impossible to make money on a packet-sized item, no matter how light in weight, if you are a pro merchant seller –although, of course, mega sellers still price books for 1p (+£2.80) no matter what the size and weight, but I guess they attract huge postage concessions due to volume of sales. We smaller sellers have no chance of competing selling most 1p books.

Over the years we have adapted our business to take account of changes to postage prices. In 2009 Amazon introduced selling using the Fulfilled by Amazon method of selling (FBA). We actually got involved with this system in 2010.

Then the Amazon Automated Profit Course was born (AAP). For a few years it was very profitable selling using FBA: even the lowest-priced books (£2.80) made a tidy profit, however, although it is possible to make small profits on low-priced items using the FBA method of selling, profits are virtually negligible.

In many ways selling on Amazon has gone full circle, in that because the FBA method of selling restricts buyers to spending £10 or more before being eligible to buying FBA products, buyers are thus choosing Merchant sellers over FBA sellers.

This is because when a buyer wants a 1p book on market place, they can buy books for a total of  £2.81 from Merchant seller, and not have to spend £10 to quality for free postage!

Of course, I realise that if buyers have a Prime account, they can take advantage of books being sold on FBA, but for the occasional purchase a Prime account is probably not feasible. After all, £79 is a lot of money to part with if you only make occasional purchases! Unless, of course, you want to benefit from the huge library of online TV shows and films that being a Prime member grants you access to.

Although we have seen lots of changes and have made adaptions, it is still worth selling using Amazon: you do have be a little more circumspect perhaps, choosing books with a premium price as apposed to low-value 1p books, and be aware of posting prices. For example, selling books overseas is one area that has gone west.

I am very grateful to Amazon in that selling using their site has enabled us to run a small business from home: no bosses to worry about – this is what drives us to ensure we adapt to the market, continually so, finding the best way to sell books and indeed other products profitably. Long may it continue.