Want a new biz opp idea? Look to the USA 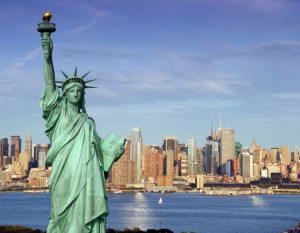 Right, let’s get stuck into some money making ideas. I’ve sent my chief researcher, Mark Hempshell, on countless missions to track down workable biz opp ideas over the years. And today I’ve asked him to share some of the most exciting ideas he’s come across in his recent searches he has made Stateside . . .

Four profitable American biz opp ideas that you can copy

They might not be the best dressed people in the world. And their foreign policy record isn’t great, but the thing that the Americans do very, very well indeed – and that’s coming up with fantastic, innovative, and downright brilliant business ideas.

It might have something to do with having a huge home market where everyone speaks the same language. Or that they’re still high on that pioneering spirit and faith in their ‘manifest destiny’. But there really is no one better than the Americans for taking a simple idea or finding a small gap in the market and turning it into a big commercial success.

That’s why I always think it’s well worth while monitoring the biz opp. scene in the States from time to time. Then thinking about how you could cash in on some of their ideas over here. Quite apart from getting new, original business ideas ‘for free’ so to speak it gives you a chance to get started with a new idea on the ground floor, before anyone else in the UK even knows about it.

So this week I’ve been doing a bit of research for you. And I’ve found a few US business opportunities that I think are ripe for trying here in the UK ….

Car clubs and car sharing schemes have started to mushroom over the last few years. And are sure to become more popular in future as we all become more eco-minded. Relay Rides bills itself as the first person-to-person car-sharing marketplace, launching soon in Baltimore.

But here’s what’s really clever about this: You don’t have to invest in any cars to set it up. The site allows people who own cars to earn money by renting them out to people who don’t. Renters can reserve a vehicle by the hour or day whenever the owner doesn’t need it. The scheme takes care of the admin. and insurance and charges a membership fee and commission. They say owners can earn as much as $8,000 (£5,000) a year with the scheme. All you’d need would be a bit of help with a website and it wouldn’t be too difficult to set something up in the UK. Website: http://www.relayrides.com.

If that’s a bit ambitious for you I’ve found similar schemes that match up owners of college textbooks, baby items, toys and designer clothes with those who want to rent them for a short period.

Chances are your local council has a recycling scheme for your bottles, cans and cardboard. But do they give you any cash for them, or knock anything off your Council Tax? Nope! Well Illinois-based Ecycler links consumers with recyclables to dispose of to recycling collectors in their area. The collector then picks up the recyclables, takes them to a recycling facility and collects the cash. Consumers can claim a small payment for their recyclables or donate it to charity.

Quite honestly I think this is an idea that’s crying out to be set up in the UK. It would work on two levels: Either you could set up the website or set up a recycling collection round door-to-door in your area. You wouldn’t even need a website that way. More details: http://www.ecycler.com.

If all that sounds a bit ‘rubbish’ to you then I found another great biz opp. that brings suppliers and buyers of locally sourced food together. Website: http://www.localdirt.com. This is another good idea that I think would work really well here.

This is a neat little idea that satisfies the incredible demand for knowledge in today’s digital media age. But addresses the fact busy people don’t have the time to read everything that’s been written on a particular subject.

Basically what the Elements and Shorts service does is read books (business books in this case) then summarises the content in short 1,000-2,000 word blasts. These blasts are then sold for between $1.99 and $2.99 (about £1.20 to £2) – which frankly I think is too cheap – to people who want to know the gist of a book without reading it all. The blasts can be bought from a website or through Amazon and can be downloaded to a PC or smart phone like the iPhone. (Take note – publishing content for smart phones and ebook readers is going to be big, big business over the coming decade.)

If you like reading it wouldn’t be too difficult to do something similar. Read and digest books on your favourite subjects (fiction or non-fiction). Or advertise for freelance readers to do the job for you and pay them a small commission on every blast you sell. Here’s the site to give you an idea of how it works: http://www.ftpress.com/delivers.

Rounds that deliver sandwiches and snacks to offices and factories are pretty well established. But Wink Eyewear is a new concept in eyewear shopping. Michele Bayle’s Seattle-based business brings the complete optical shop to the workplace! They run a round that provides an individual consultation and a complete inventory of frames and sunglasses on a regular basis.

The Wink concept is clever on three levels. First, it’s promoted as a health and safety service to employers. Second it offers convenience for staff. Thirdly, it works because it allows customers to get feedback from friends and co-workers, helping them pick a pair of glasses that everyone will approve of. Website: http://www.wink-eyewear.com.

It wouldn’t be too difficult to set up a similar round here. If you don’t want to sell glasses then think of some other product that might work as well or better on a round-based basis.

All in all I think there are some fantastic business ideas just waiting to be plucked from the US. One little word of caution though: Not everything will work. There are some cultural and legal differences to bear in mind. In my research for this alert I found some really weird-and-not-so-wonderful ideas that left me drop-jawed in amazement.

For example, there’s a US company selling Wi-Fi bathroom scales that allow dieters to post their weight to Twitter every day. Hmm, perhaps not.

Or the company that makes and sells adult colouring books. (Yes, that’s adult as in X-rated.) Then there’s another company offering to set you up in a vending round with machines that dispense ammunition. That might well be a winner in Texas, but I can’t see it going down too well in Tottenham or Taunton. So you really need to think carefully before converting a US idea.

Lastly, though, here’s another really exciting thing about lifting business opportunities from the States: You don’t necessarily need to do all the groundwork in setting the idea up for yourself. Instead, try approaching the US company and doing a deal to licence (or license as they would say) their idea in the UK. Just copy their up-and-running product, brand, trading name and successful way of doing business. Cash in on their success in return for paying them a licence fee or commission.