A very happy new year to you! I hope 2017 will be a very prosperous new year…for both of us. And to ensure we make the best possible start, I’d like to reveal two of my own plans for selling on eBay today. If nothing else, these two tips will help you avoid a few unnecessary stresses. First… 1. Set up at least two eBay accounts: one for buying, one for selling. You can have as many eBay accounts as you like as long as each one has its own email address. And it’s definitely a good idea to have multiple accounts. Last year, for example, I purchased on eBay. The album cost me about twenty pounds and within days I had dismantled the pages and sold the autographs separately on eBay. I made more than two hundred pounds. Oh joy of joys. That was until the person who sold me the autograph album learned what I had done and accused me of stealing her profits and continued abusing me by telephone and email over several weeks. The experience was due to me having bought and sold my purchase through the same eBay account and giving my seller access to all my buying and selling activities. Sellers rarely follow people buying their products, but some do and will either begrudge profits made by their more successful counterparts or they will begin studying what a customer buys and how they resell it. Then they will steal that person’s buying and selling ideas and compete against them and decimate their profits. So it’s well worth have to accounts. I also recommend you keep your purchase at least six weeks before reselling it. That’s usually enough time for your supplier to give up following you and your purchase. 2. Take measures to avoid negative feedback Feedback – all sellers hate it, some more than others – but there’s one kind of feedback all sellers hate and must guard against almost at any cost. It happens where someone buys several items from the same seller in thesame week and leaves negative feedback for all. eBay defines the same week as Monday to Sunday, not a rolling seven day period. And that means, if someone buys five items from the same seller every day from Monday to Sunday, that person can leave more than thirty ugly red dots and derogatory comments that can deter potential buyers for months and sometimes years. Now those red dots will look horrendous but they will count as just one negative point towards a seller’s positive feedback score. Not so if the same buyer purchases one item on Sunday and another the following day – a Monday and the beginning of a new eBay week – and leaves negative feedback for each. In this case only two red dots will show but they will count as two negative points towards the seller’s positive feedback score. You can learn all how eBay calculates positive feedback here: 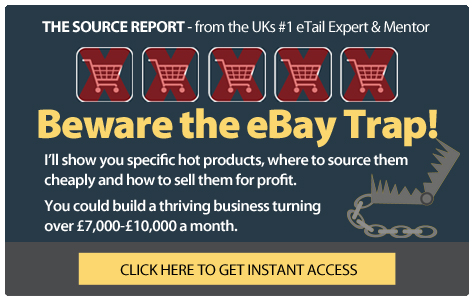 How can you avoid this? – Avoid selling really cheap items – cheap in quality and/or cheap in price – which for some reason seem to attract the most unreasonable and picky of people who pay pennies and expect top quality items or who don’t read your descriptions because they think they know it all anyway. Especially exclude items that people typically buy in multiple separate lots, such as all different style beads sold singly and all separate lot paperback books. From personal experience I have found collectors rarely leave nasty feedback and most tend to read descriptions before placing a bid. So you might encounter fewer batches of negative feedback from people buying multiple postcards and stamps or cigarette cards on a regular basis. And when you’re new to a particular item, not just collectibles, it’s best to list just one such item and wait for reasonable bidders and buyers to point out your mistake, which many will do. When your first product sells and attracts good feedback, that’s when you can list multiple similar type products and expect few problem buyers. – Address negative comments on your profile. Sellers are not allowed to leave negative or even neutral feedback for buyers, even dishonest and criminal customers. If you leave feedback for a rogue buyer, it has to be positive feedback. You are, however, allowed to respond to negative and neutral feedback left for you inside your own feedback profile. You can not be rude or insulting but you can say something like ‘Buyer did receive product and signed for it’ where a person suggests you failed to deliver the goods or ‘Why leave negative feedback when I refunded you and let you keep the product?’ I’m not sure those comments fit the available space but you get the point. Standing up for yourself like this limits the damage that negative feedback can have on your reputation. – Use low price product listings for growing your feedback or to offset an already poor feedback score. Once you do this, try bundling the kind of product that typically sells in multiple low price lots, such as books or postcards. And sell them in bundles, not singly. This allows you to make more money per listing. You can expect fewer buyers for multiple higher price items, and subsequently fewer feedback points. – End auction listings on Saturday or Sunday when more people are at their computers and the majority of sales take place. Avoid auctions ending Monday and taking a Sunday buyer into two separate eBay weeks. This idea works every time for auction listings but is much less successful for fixed price listings. On a brighter note, be aware that: Some buyers don’t study feedback because they know eBay’s system is seriously flawed, and you will find some sellers with hundreds of negative feedback points and still attracting thousands of buyers each month. And that sellers can ask people to revise their feedback and, with the right kind of bribe, many will do just that. Offering a refund and letting a problem buyer keep his low price purchases almost always works. That’s it for now.