The ultimate shortcut: How to get 10,000 hours of trading done in just 12 weeks 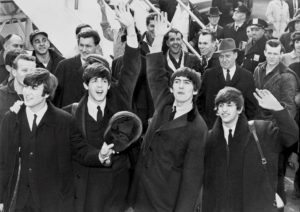 The Beatles: The more they practiced, the more ‘naturally gifted’ they became!

Can you ever truly ‘master’ a complex skill like trading?

Possibly. If you have the time and the patience. They might even interview you for the next ‘Market Wizards’ book!

But is it even necessary to reach the level of mastery to get what you want from the markets?

The great thing about trading is the sliding scale of reward. It ensures even the beginning trader – as long as he has the discipline to follow a solid plan – can still profit beyond his wildest dreams.

And for most traders the comfortable lifestyle and the ability to make money on demand is reward enough. The big step is getting to that stage of course!

Now there was a popular book that came out a few years ago called Outliers. The author (Malcolm Gladwell) has a theory that high achievers in many different walks of life are a product of their environment rather than pure natural ability. And that often, a twist of fate earlier in their lives could be seen to draw out their unusual and highly-honed skill.

Dad might have kept his young charge laser-focused on a certain activity from a young age. I remember reading about the golfer Tiger Woods – his dad had him out on the course from the age of 3 with sawn-off golf clubs to fit his tiny backswing.

Or the Williams sisters: Serena and Venus. Not only were they coached in tennis from 4 by their parents they were home-schooled with strict discipline by them as well. With that kind of single-minded attention from such a young age is it any wonder they went on to accomplish amazing achievements in their specific sport?

But probably the most thought provoking idea to come out of Gladwell’s book is the 10,000 hour rule…

You might have come across it before. It’s the theory that anyone can come close to performing at an exceeding high level in whatever field they choose, as long as they dedicate enough time to focused practice:  the magic 10,000 hours.

The magic number of practice hours keeps repeating at 10,000

There’s a great example in the book about the Beatles and how they came to stand head and shoulders above most other bands of the same era (not to offend any Stones fans, it would be interesting to see if this same rule could be applied to the Rolling Stones actually).

The story goes the Beatles had already performed live over twelve hundred times even before they had their first taste of commercial success in 1964. They played in those dingy Hamburg strip clubs for eight hours at a time, gigging back-to-back seven nights a week.

Most bands don’t rack up that many performances over their entire careers! So is it any wonder the Beatles had a certain aura about them?

And going back to Tiger, Serena, and Venus… if they’d been practicing away for hours at a time from such an early age they would have hit the 10,000 hour mark by the time they were in their teens.

It’s no surprise they were such ‘naturally gifted’ athletes really, is it?

And to hijack an old saying… the more they practiced, the more ‘naturally gifted’ they became!

But if 10,000 hours is the magic number, if that amount of practice will ensure your high degree of trading prowess, how on earth are we going to have you squeeze in so much time at the trading screen?

If you’re like most home-traders with a day job, family commitments, and a healthy social life to attend to, the outlook is a bit bleak.

Even if you could put in a solid two hours a day, every single day, it’s going to take another 14 years or so before you could get near to your 10,000 hours.

And chances are good that you want those skills a bit sooner!

But fear not. If attainment of trading skills beyond the norm is what you seek, I have the perfect solution for you!

We’ll simply speed up time so you can squeeze in your 10,000 hours of trading practice faster! You’ll get it all done in just three months if you practice an hour a day.

Easy, hey? But not as daft as it sounds.

I’m talking about putting the power of technology to work for us. And combined with an easy hour-per-week schedule for your practice we’ll have those 10,000 hours behind you in no time.

Here’s what you do…

1) Get yourself a ‘Market Replay’ plug-in for Metatrader (or one of the standalone ‘replay’ software platforms) that’ll let you replay your chosen market’s price action bar-by-bar.

2) Have the rules of your trading strategy written down and placed on the desk in front of you. And be ready to stick to them with some discipline.

3) Set the replay software to print the bars one-per-second. Press play. Now follow the action and place your simulated trades. You can pause the replay stream if you need a bit of thinking time, but try not to ‘rewind’ and undo any mistakes you make. They are all part of the learning process!

If you follow a strategy that trades the 15 minute timeframe you’d have traded 10,000 hours of price action inside 12 weeks…

– 15 min replay bars printing at one per second = 15 hours of compressed action per minute of training.

And the software lets you replay real market conditions at whatever speed you like… you can have it rattling along, printing one-minute candlesticks every second while you practice your all-out scalping assault. Or you can pull-back onto the hourly charts while you hone your swing-trading entries. Or what about scouring the five minute charts for intraday-reversal patterns?

And you can do it all with a ‘hard right edge’ to the charts that keeps you on your toes.

There’s no opportunity to kid yourself with any of that “would have, could have, should have” mind chatter you can get by manually backtesting from old charts.

Instead, you use a built-in simulated account that tracks your performance and even prints out the hard evidence of your improving trading skills at the end of each practice session.

It’s not perfect. We all know that trading a practice account is not quite the same as having real money on the line. But in terms of developing trading muscle-memory and re-grooving your mind with good trading habits I think you’ll find realistic practice like this hard to beat.

So we have some pretty big events on the calendar this week. Look out for US job numbers on Friday. And also the central bank stuff too: EUR interest rate decision on Thursday and rhetoric later that afternoon from Draghi and Carney.

And until next time…