The Micropreneur Revolution: Why The ‘Little People’ Are Scaring The Fat Cats in Starbucks 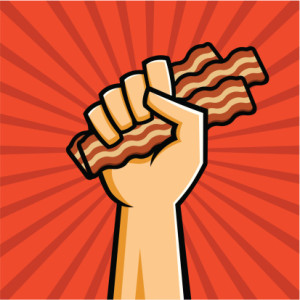 It’s Wednesday morning and I’m in the basement of a Starbucks near Blackfriars Bridge in London making some final notes for a consulting session with the publisher and marketing director of Farmer’s Guardian (but that’s another story).

The only other people in the basement area are 3 smartly dressed ‘City’ types.

As well as swapping stories of business travel to Tokyo, the Middle East and Europe, they also talk about investments and high-level marketing strategies.

As I’d spent the last 20 years working on the fringes of the investment industry I got the gist of what they were talking about. (I wasn’t trying to listen in, but one of the women was American and… err… talking particularly loudly!)

They then moved onto the subject of gold and in particular ETF investments – these are Exchange Traded Funds – a relatively straightforward way to hold and trade assets such as stocks, commodities or bonds.

These are available to both individual investors and traders like you and I as well as the large financial institutions.

But then ‘Ms Loud America’ at the table starts to bemoan the amount of time and resources that were taken up having to deal with ‘ordinary people’ – she made it very clear that the big money for her business was in the corporate clients and that the little people were a nuisance.

I could almost see the disgust on their faces – treating these ordinary customers as if they were inferior… it’s the kind of elitism you’d imagine must have triggered French and Russian revolutions!

They all chuckled in a patronising kind of way how (and I quote) “little old ladies” putting their savings into these Gold ETFs.

I’d had enough and had to take a stand:

“How DARE you speak about your customers like that!They are the same people who bailed your sort out after you pushed the entire global banking industry to the brink of total destruction.

“It’s these ‘annoying little people’ who pay the taxes that prop up your power mad and profit crazed fat cats to fill their pockets – all the while millions of people around the world suffer the economic consequences of your irresponsible risk-taking!”

Come the revolution, you’ll be the first ones against the wall!!!”

Ok, ok, so maybe this rant was all played out in my head. But I was angry…

But on reflection, I quite enjoyed watching these 3 suits moaning about how much their industry was changing.

Their response was actually quite typical of ‘old institutions’ who can’t stand the idea that the barriers to entry are falling down – of ordinary people getting a piece of the action in business areas that were once jealously guarded by a tiny and powerful elite.

Inspired by this little event, I made a list of the industries that have been fundamentally disrupted by new online tools and platforms and now allow anyone to create small businesses or second incomes:

I could go on and on… and I’m sure you could come up with your own examples.
Bottom line is, the revolution has already started.

The only question is this: how will you take advantage?

The post The Micropreneur Revolution: Why The ‘Little People’ Are Scaring The Fat Cats in Starbucks appeared first on What Really Makes Money.