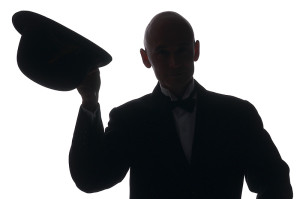 A few weeks ago I got very excited about a product I was testing out and was all ready to share it with you, thinking it was a really great answer to the never-ending problem of finding customers online – be that building an email list, getting traffic or just selling your products direct.

It was to do with Facebook Advertising – but don’t be put off by that. This was a very simple-to-use piece of software that, essentially, GAVE you a huge niche-specific list of individuals on Facebook that you could then specifically target with low-cost adverts.

I’ve written previously in these emails on the topic of Facebook’s ‘Custom Audiences’ feature – a facet of Facebook’s advertising suite that allows you to create your own unique group of people to advertise to on Facebook. You create the list using people’s phone numbers, email addresses or their UIDs, or ‘User Ids’, that you have collected for yourself elsewhere.

So far so tricky for the small business owner without an existing database!

Whilst custom audiences, on the face of it, has huge potential for big brands and established businesses with a mass of customer data – allowing them to test ads to their existing leads or customers in a different online environment – for someone just starting out and trying to find an audience to begin with it would appear to be completely useless.

So, when I heard about what Social Lead Freak claimed to do I had to give it a try.

To scrape or not to scrape?

Social Lead Freak was some software that you could download to your computer. Once you opened it you could log in to your Facebook account and then begin searching for users by groups they have joined, pages they like and various other identifying actions they may have carried out on Facebook.

To give you an example, if you were starting off an Internet Marketing business, you could simply select that niche from a dropdown, select that you wanted to look at ‘Groups’ and then Social Lead Freak would give you back results of hundreds of groups with up to hundreds of thousands of members.

If the group wasn’t a private group – which many many weren’t – you were then able to click on the group and look through its members. If you felt this could be an audience, or part of one, that you’d like for your own business you could then export the members in to a csv file.

What you would in fact export would be a list of their aforementioned UIDs.

I tested this and it worked like a dream.

So much so that a few days after purchasing it I decided to sit down and record you all a tutorial video about how it worked.

But then a rather large spanner was thrown in to the works.

Is this even legal?

As I went through the steps in my tutorial video I managed to find an audience of some ten thousand keen Internet Marketers who I then exported ready to create an audience for my advert. The next step was to go to Facebook and upload my csv file.

But, when I did, unlike just a few days previously, when I selected ‘UID’ as my ‘type’ of data, I was met with this new criteria:

Facebook had made a rather large change to the process, meaning that ONLY those who had collected user IDs via in-Facebook apps and games.

Now, to say that even before this happened the process the Social Lead Freak took you through didn’t make me feel slightly un-easy – the ‘is this even legal?’ question – would be a lie. It did. But I did do a little research and when I first tested it out it seemed that the whole area was a little ‘grey’, to say the least.

Now, it seemed that Facebook had made it very much black and white and that a custom audience was ONLY for those with an existing database. Even if those existing databases could come in any number of forms.

I was right, doing some fresh research I realised they had made some clarifications to their terms.

In light of this change it became immediately clear that Social Lead Freak, in its current form, became completely useless.

Deciding to get some clarity on that, and request a refund, I immediately emailed their customer service team.

I almost immediately got this reply a reply in which the creator told me that, whist Facebook often made such ‘annoying’ changes – I could still use the product using another part of the software that I hadn’t used up to now.

An element of the product I had overlooked, I then discovered, converted the UIDs that were no longer a viable data type for uploading to Facebook, in to the user’s email addresses… at least the ones who have their addresses public, of which there is a surprising amount.

You see, currently, Facebook do not run checks on where your email addresses, used for custom audiences, come from.

But that doesn’t mean you should use it.

You see, Facebook’s updated terms and the steps they had taken to STOP people scrpaing data as a means to create custom audicnes for their adverts made it pretty clear that using this software was against Facebook’s rules.

Do it, and you’re very much at risk of getting yourself blocked/blacklisted/unable to use Facebook at all.

For me, it is just not worth the risk.

Even without custom audiences you are able to run reasonably well targeted ads using the ‘standard’ demographics selectors. OK, the conversions may not be as high – I can’t be sure having not got as far as testing the custom audiences against a ‘normal’ Facebook campaign. but anecdotal evidence would suggest that to be the case – but you can use what is right and LEGAL in order to get yourself an audience that you can then create a custom audience from.

You see, once you have a genuine custom audience, full of people you KNOW engage with you/your products and services, you can then take advantage of another exciting feature of Facebook advertising – Lookalike Audiences – and that’s where to potential of Facebook ads get REALLY exciting.

When I emailed the creator of Social Lead Freak he described the update to Facebook’s terms as an ‘annoying change’. Of course, it was VERY annoying for him.

But, actually, when I think about it I am glad I didn’t take advantage of the software before the change was made.

It’s actually a little frightening to me how easy it is for ‘scraping’ software like this to get so much data about you. What groups you are in. Your UID and then your email address. It’s a spammer’s dream. And I don’t want to be part of that.

Ultimately, Facebook invented their ‘Custom Audiences’ feature to help popular and liked brands to find their customers on Facebook and to segment those audiences based on the data they have worked hard to collect. And customers they’ve worked hard to engage with. To wrongly take data for your own means is unethical and would ultimately contribute to a long term tail off in the quality of a Facebook users’ experience.

Of course, there are those who will still be using this software. And others like it. Maybe you are tempted too? It’s certainly something that could give you traffic fast. But, long term, wouldn’t it be better to find your own audience and know that they’d come to you because of hard work, and not some dodgy scraping software that you’ve used in a way that could see you banned for life?

I’m so pleased I didn’t recommend Social Lead Freak to you before this all happened and before I’d got my head around the ethics of using it.

If you’ve tried the software, or have an opinion on if it should be sold or now, please do get in touch.