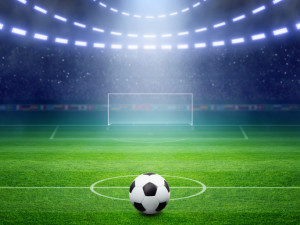 If you’re looking to make a regular income from sports betting I urge you to take a look at Clive Keeling’s DRT service.

This is hands down the best Betfair trading service I’ve come across.

It’s comprehensive, extremely well set out and you’re guided at every step. In my opinion Betfair trading is the most profitable and reliable way to make money from trading and you’d be hard pushed to beat this service.

How does it work?

During any football game things go “off script”.

There are surprise goals, shock sendings-off… random, unexpected events. Goalkeepers make stupid fumbles, players get into fights. If you put 22 blokes on a football pitch that’s just what happens.

These incident little ‘shocks’ are a goldmine for us.

You see when these ‘shocks’ occur the odds on Betfair go crazy – even though the likelihood is that this blip will have no impact on the final score – and that’s the secret.

Clive shows you how to swipe a profit from these ‘shocks’. He identifies when to nip in and get a good price and then how to cash out once they corrected themselves later on – making you a profit no matter what the final score. So the result at the end of the game could be 1-0 or 15-3, it doesn’t matter. By making a few simple trades you can bank a profit long before the final whistle has blown.

Best of all, Clive does ALL of the hard work for you.

He targets certain key games each week. These are specific fixtures that he knows will be full of ‘DRT triggers’ as he calls them (or profit opportunities to you and I).

He then gives you all the tools you need to profit from them. That’s it!

When you sign up you get access to the DRT guide which takes you through exactly how everything works, showing you how to trade. 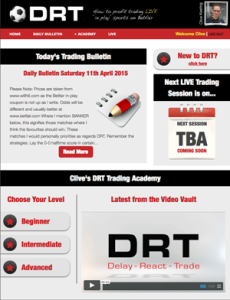 It explains the core of some of Clive’s techniques (should you want to seek out additional trades). And covers everything else you need.

The website underwent a massive revamp about 6 months ago. It’s now clear and easy to navigate and contains ‘how to’ videos, live trading examples and bonus materials.

Where the magic happens is on the ‘Daily Bulletins’. This is where Clive gives his analysis and highlights the profit opportunities.

You can access this via the website, but it’s such a powerful feature that it deserves it’s own section here.

Clive holds live trading chats with his members once, twice, sometimes three times a week. This is where he talks about games and profit opportunities while they’re in progress. You interact with Clive and other members during these chats.

He could charge hundreds of pounds a month for this element alone. Incredibly it’s included in the monthly £12.95.

There are no tricks or loopholes with this – it just works

It’s a combination of hours and hours of intense research from Clive and his skilled analysis. Just to give you an idea, today’s Daily Bulletin alone is 5,071 words long. That gives you a brief glimpse of how much time and effort he puts into this.

Now, you don’t have to read any of it if you don’t want to. As a member you reap the benefits without any of the hard work – that’s the beauty of Delay, React, Trade. You don’t even need to be interested in football.

If you just want the profits, that’s fine.

You can skip straight to the profitable ‘In Play Opportunities’ section where he bullet points the trades. If you’re a seasoned Betfair trader, you can pour over his detailed analysis and stand out stats to use alongside your own strategies and techniques.

This is ridiculously good value. If he did just ONE of these chats a month – and didn’t include anything else with the service – it would be worth 5 or 10 times that.

What are the downsides? 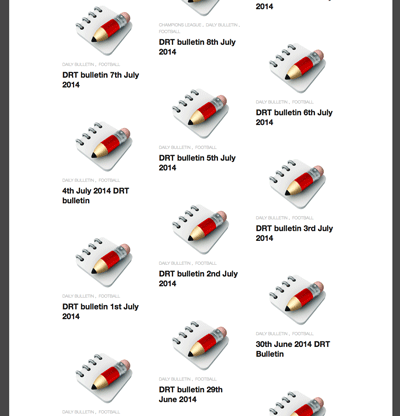 You do need to be able to get online and on Betfair to trade. There’s no way round that. If you can’t stomach being at the computer while a game’s in play then it’s not for you.

You rarely have to stick it out for the whole 90 minutes (sometimes you can bank a profit in 20 seconds or 15 minutes… other times you’ll be into the second half) but it completely depends on the game.

I should clarify at this point that you don’t need to be watching the actual game on TV. You just need to be at the computer.

Ideally you want a start bank of around £500 although you can start with much less.

Cost-wise the first payment is £57 for the manual and access to the website. After that it’s just £12.95 a month which is incredible value. You get a full 30 days to review the service without paying any money so you can try everything for yourself first before committing.

I’ve had an Insider’s Edge reader ask about timings and the football season (i.e. what happens out of season between May – August? And is it worth signing up then?).

It’s an excellent question. Obviously there are great opportunities to use DRT on premier league games, but this is an all year round service. Every week there are Internationals, friendlies and games from foreign leagues (such as the Brazilian, Série A).

Here’s what his members have to say

“It is very rare that I contact a sport information provider to praise them but in your case I will make an exception.

Your analysis of matches has been a godsend – it is second to none!

… in two months I have made only five incorrect calls & four of these were avoidable after rechecking the statistics.

In summary your analysis have help me to achieve a monthly profit for September in excess of £2,400. Minimum stake £50, Maximum stake £100. These figures were achieved during an international break which is a notoriously difficult period to achieve consistent profits. This therefore makes your analysis all the more incredible.”
Stephen M

“Clive I’m going now to pick up the GF from work over £200 up using your advised stakes from a starting bank of just over £500 a near 40% return on start bank just from this afternoon. That will do for me.”
Mark

There are pages and pages more of these but you get the idea.

How much can you make from this?

It depends on your starting bank, how much you want to trade with and the individual games. No two are the same.

The key thing about Betfair trading is that it’s low risk and you rarely risk losing large sums of money. That’s because it’s not all or nothing like ‘traditional’ betting.

You’re trading and responding to changes in the odds as they swing up and down. There’s no magic or voodoo, you’re plucking out profits from overly excited markets.

As this one’s published by Canonbury Publishing, your risk-free trial period is 100% iron-clad.