Not sure who to vote for in the general election? This might help you decide… 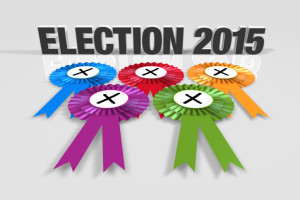 Not long to go until the general election…

I don’t know about you, but I found the leader’s debates about as clear as mud.

Watching the party heads following their repetitive tightly edited scripts over and over again doesn’t do it for me.

I’d rather we had the smartest, brightest and most capable politicians running the country (regardless of looks, age, sex, class or colour), than the person with best coiffed hair and the most convincing sound bytes.

If you know who you’re voting for, good for you.

If, like many people, you’ve found it hard to decipher exactly who’s promising what behind the myriad of carefully scripted stock answers and tailored statistics, this quick guide might help.

I’ve broken it down into 3 parts to make things easier:

If you’re short of time this is for you…

38 Degrees and Position Dial have created an online quiz which you can use as a guide to see whose policies you’re most in line with.

Now obviously it’s dangerous to put your trust in a computer algorithm that’s been put together by… er humans, but still – it gives you a good idea.

At the end of each survey it breaks down the results for you and shows you, in percentage form, which parties you’re most closely aligned to.

If you can spare more time to delve into individual pledges it’s worth taking a look at the party manifestos themselves (don’t worry if that sounds like too much of a bore, just skip to the next point).

You can read the 7 leading party manifestos in full here

If you’re just after the core pledges (minus all the filler and fluff) the BBC have created a handy online manifesto guide which helps unravel the different party manifesto pledges.

It breaks everything down into key issues and then bullet points each party’s line.

You can look at the key issues as a whole or drill down further to specific topics.

For example you can click on Pensions and see, on a single screen, what each of the parties is pledging.

You can see it here:

Remember, your vote matters. Whether you use it to vote for the party whose policies you support or to keep out a party you don’t.

I hope this helps!

Have you checked out the Insider’s Edge blog?