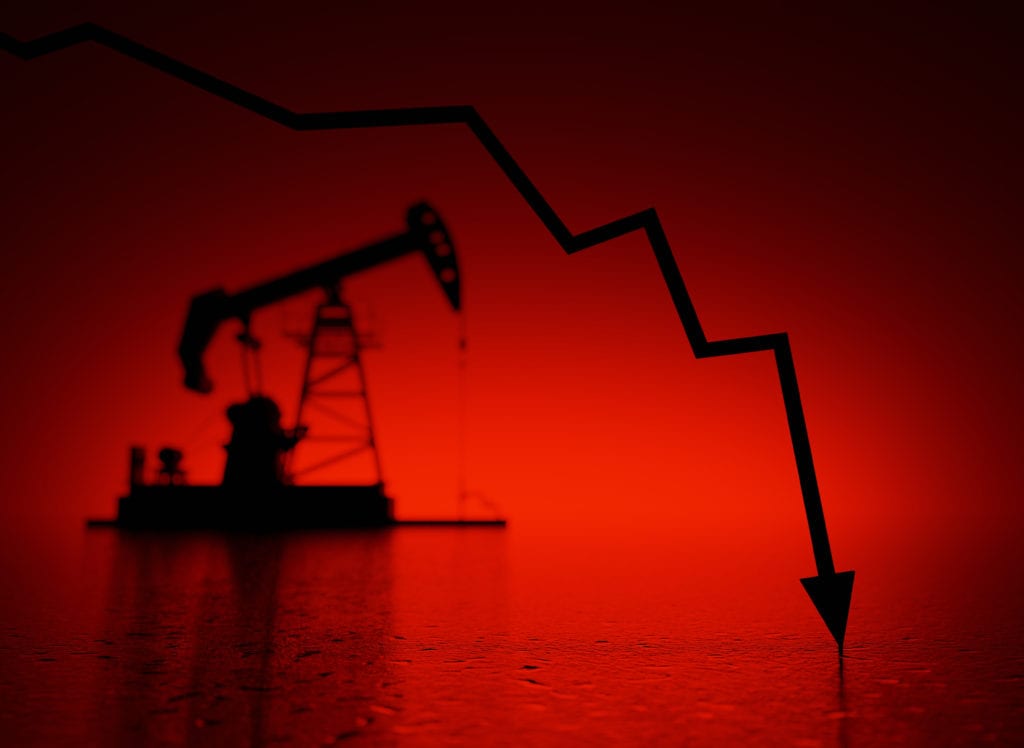 I have never seen anything like it in my life…

In fact, I don’t think anyone else can claim to have seen it either!

Last night, as the May 2020 Crude Oil Futures contract approached expiry, the price went NEGATIVE for the first time ever.

And just fifteen minutes later oil was trading at minus $40 a barrel!

It meant that suppliers were willing to pay you $40 dollars to take a barrel off their hands!

But not so fast… we all know ‘free lunches’ don’t get handed out quite so willingly in this mercenary world… so what’s been going on exactly?

It all comes down to our arch-enemy the Coronavirus.

Plus, a bit of ‘power-flexing’ between the Saudis and Russia.

Oil prices were low anyway due to the failed production (price fix) agreement/extortion racket between OPEC and Russia. It fell apart early in March.

Add to this the downturn in global economic activity and you get a perfect storm of nasty conditions for oil moguls.

No one’s using the stuff just now, not in the kind of quantities they do normally, so the regular oil storage facilities in the US are all full.

It meant anyone holding a contract for May delivery had a problem: they couldn’t take delivery and actually store the stuff.

Everyone faced this same unusual situation. So even when prices dropped to eye-popping low levels few buyers were willing to step in and take oil from the sellers.

…and a race to the bottom as they rush to extricate themselves from binding delivery contracts.

We really are living through historic times.

We’re not at pre-Coronvirus levels of normality yet, so hold on to your hats and let’s see what crawls out of the woodwork next!