I [HEART] clickbait (but you won’t believe the reason why)

Prepare yourself…What I’m about to reveal is one of the most shocking and outrageous things you’ll ever read.Seriously.

It’s so shocking it’ll disgust you.

And it’s this… (Apologies in advance.)

Well, before you judge me, hold on, there is a point…

One that could dramatically boost the amount of traffic you drive to your website, sales promotions and other pages… without making people hate or distrust you.

In defence of clickbait

Let’s agree on a clear definition first. Here’s how Google describes it…

‘Clickbait is content, especially that of a sensational or provocative nature, whose main purpose is to attract attention and draw visitors to a particular web page.’ 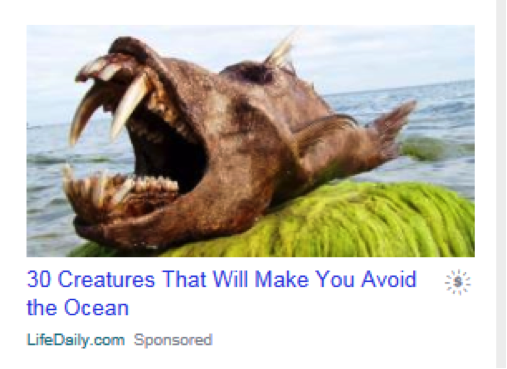 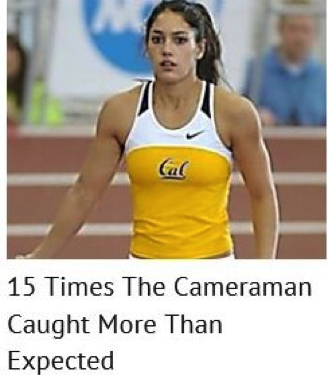 Or there’s these classics…

The idea is that you’ll be irresistibly compelled to click through to solve the mystery.

Nothing wrong with that of course, but what you get on the other side is almost ALWAYS a disappointment.

Stuff you’ve seen before and that’s not at all shocking, or weird, or terrifying or the most outrageous thing you’ve seen.

You feel dirty. Used. Played for a fool.

Neither does the host site.

They all make money from the traffic.

And so the world keeps turning.

The real question is…

Why am I defending this heinous scourge of internet users?

Look, I know you’re not an imbecile.

I’m sure you know precisely what’s going on with clickbait and find it annoying.

But even so… I bet that you’ve been tempted at least once, haven’t you?

Those headlines have been crafted with the single purpose of triggering as many people to click as possible.

And they have been constructed based upon tried and tested copywriting principles that have been used for more than a century. 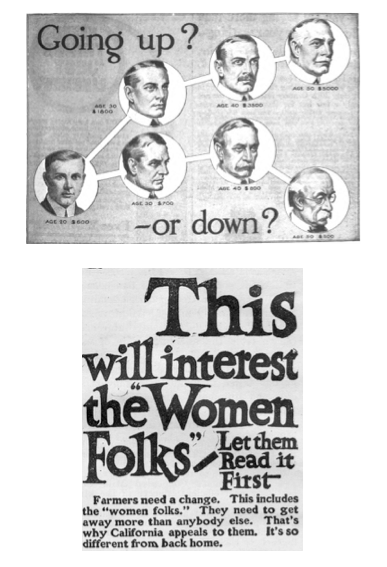 These are copywriting principles that you can apply to everything you put online, from your blog posts to your social media updates, product pages and sales promotions… as long as you do it with integrity.

The Irresistible Power of Intrigue

It’s worth taking a moment to consider the aim of a headline. ??A good headline is supposed to elicit an action:

This is what clickbait does. So really it is just the age-old craft of grabbing attention then pushing people to take action. This is what the greatest direct mail letters and newspaper headlines have always done. And they always do it by stimulating our curiosity, compelling us to find out more.

You could say that clickbait is actually a pejorative term for “Compelling Headline”.

For instance, these classic direct mail headlines are inspiration for contemporary clickbait headlines:

These have all worked in many formats for many decades – and versions of them still work today.

And that’s what the clickbait ads play upon.

There’s nothing wrong with this, as long as you don’t lie and deceive.

You see, the negative press over clickbait comes not from the headline copy itself, but from the gap between what is promised and what is delivered.

The problem is the disappointment you get when get to the article and realise it’s not even slightly as exciting or interesting or unusual as promised.

Really, a headline is only ‘clickbait’ if it tricks the reader into taking action, then lets them down.

If on the other hand, a headline promises something alluring, then the material on the other side is JUST as interesting, it has done its job well.

It becomes what is known in the trade as “a good headline”.

In other words, if you have respect for your reader, then you can use the techniques of clickbait without shame.  In fact, I’d actually encourage it, because they’re often darned good headlines.

However, beware the cliché trap…

The trouble is, clickbait is so successful, they’ve spawned legions of marketers who copy the best headlines over and over again.

Suddenly the market becomes filled with clichés. For instance, the one I see almost every day goes like this…

“What the girls from Abba look like now is jaw-dropping.”

“What the Stars of the Fresh Prince of Bel-Air look like now is jaw-dropping.”

“What the Spice Girls Look Like Now is Jaw-Dropping.”

You get the picture.

This headline is so overused that it has lost its impact. Even worse, the term ‘jaw-dropping” doesn’t match the content on the other side, which is always a set of pictures of famous people looking older than they used to, which is just as you’d expect.

You know, on account of the passage of time.

Let’s put it this way…

A giant squid rising out of a London sewer and wrapping a tentacle around Boris Johnson as he cycles past…. now THAT’S jaw-dropping.

Madonna looking older than she did in 1985… Hmm. Not so much.

You know when we have reached peak clickbait when there are not only clickbait headline generator apps like this but also satires of those apps.

For instance, check out this random clickbait-style Upworthy headline generator.

But don’t just have a chuckle at these random headlines – instead have a think about using some of their basic clickbait formulas in your headlines and subject lines. Try and bring out the…

Above all – test things out and monitor results.

Always look at your email open rates and clickthrough rates.

And check the analytics on your website to see how many page views a blog post gets.

If you have some success then do let me know!