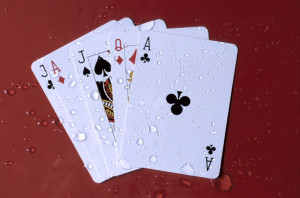 I hope you caught my message on Tuesday about the GKFX trading platform.

If you haven’t yet set this up, now is the perfect time to get your fresh trading account ready to go in the New Year.

GKFX are ideal if you want to trade on low stakes; or if you’re interested in moving into the world of MT4; or if you don’t want to pay too much to trade; or if you just like the idea of trading with a £300 safety net (who wouldn’t!).

You can still claim that £300 offer here.

Where we want to get to in the next 12 months…

Many people try to emulate the returns of famous investors… and probably top of most people’s wish list is to play the markets like Warren Buffet.

As CEO of Berkshire Hathaway, Buffett has an estimated worth of around $46 billion. There’s a whole library of books on ‘how he does it’ – so why do so few people achieve success on anything like this scale?

Is he just lucky?

Or does he have some skill that just can’t be replicated by others?

But he’s not the only one out there looking for quality stocks to buy. There must be something else he’s doing right. Here are some ideas…

The results of a failed scientific study came out this week. It was designed to show that ‘being happy’ was more valuable than ‘being right’. It involved the participant husband agreeing with everything his wife asked of him without complaint, even if he believed she was wrong.

The study lasted just 12 days, by which point the husband’s quality of life had plummeted from 7/10 to just 3/10, and he abandoned the program.

It would seem that being ‘right’ is more important to our happiness than we may have expected.

This is a problem for us as traders.

If we obsess about getting our predictions ‘right’ we lose track of the bigger picture, which is all about probabilities.

Warren Buffett is a big bridge player – and it’s a card game that’s all about judging mathematical probabilities. In fact, the top of the rich list is crammed full of bridge players. Why does bridge appeal, when, say, chess doesn’t seem to?

Ben Graham, the father of value investing (and another keen bridge player) said that successful players concentrate on ‘playing a hand right, rather than on playing it successfully’.

He goes on to point out that playing your hand right – in bridge or in the markets – will lead to long-term success. But it doesn’t guarantee you success right now.

Bridge teaches investors to stick to a well-thought-out strategy – one that probabilities tell us will pay off in the long run, even if it means taking losses along the way.

Warren Buffett invests in businesses run by managers who obsess over the tiniest costs. He once acquired a company whose owner counted the sheets in rolls of toilet paper to see if he was being cheated (he was).

He also admired a friend who painted only on the side of his office building that faced the road. By watching expenses, you can make your profits go further.

This gets us back to watching those trading costs – if you let them, they will eat into your profits, and every penny that’s not reinvested, will quickly make ££s of difference to your overall profits.

Buffett has the advantage on us here, as he can borrow money incredibly cheaply. Because he runs an insurance company, he has a big pool of premiums he can dip into – and he does. He uses this to leverage his returns.

If you could borrow money at below market rate you’re automatically at an advantage. Even if you’re just making average returns, you’re still ahead of other people.

However, we can also make the most of the advantages we have, by using spread betting for leverage (as long as we’re sensible and don’t overstretch ourselves), and taking advantage of the tax benefits it offers.

One important thing that has set Warren Buffett apart from other traders is his refusal to throw in the towel during sticky patches. Between 1998 and 2000 he under-performed the US market by 70 percentage points.

Why? Because he didn’t get in on tech stocks.

He stuck to his guns and when quality came back into favour, he cleaned up. To some people, this kind of discipline comes easily. But to most of us, it’s a struggle to stick by our trading principles when we’re giving money back to the market.

The best way to build your faith in your trading methods is to really understand when it works and why it works. A trading style that we’re really familiar and comfortable with can develop from a trading strategy into a trading way of life.

Of course, these things don’t come overnight… but then, that’s the point.

Buffett’s philosophy is about not rushing into decisions or trying to make a fast buck. The best route to wealth involves a surprising amount of waiting… and doing nothing…