How to invest in whisky for profit

Happiness is a rare steak, a bottle of whisky, and a dog to eat the rare steak.

Recently I was in the Clynelish distillery in Brora, Caithness (waaaaay up in the far north of Scotland, an hour’s drive beyond Inverness).

While I was there I got chatting to a whisky enthusiast and investor. He firmly believed, like I do, that whisky can be a safer investment than gold – and that’s what I want to talk about in today’s Insider’s Edge.

Now talk of gold is particularly relevant here, because the very river that provides water for the Clynelish single malt whisky is itself panned for gold.

(That’s what gives Johnny Walker Gold Label its name, because the largest part of that particular blend is composed of Clynelish whisky).

Why now is such a good time to invest in whisky

(Note I’m spelling it ‘whisky’ and not ‘whiskey’, because any whisky made in Scotland is spelt without the ‘e’; whiskey made anywhere else in the world, is spelt with the ‘e’)

Why? Because there’s a huge shortage of aged whisky and lots of people looking to collect it.

This is demand on a global scale.

Distillers didn’t foresee this kind of demand many decades ago, and so neglected to hold back a large amount of aged whisky – and that’s just one of the reasons they’re so valuable.

Another reason is that some smaller distilleries come and go, but the demand for the whisky they produced remains.

The Clynelish distillery was built on the site of an earlier mothballed distillery simply known as Brora. There’s still a small amount of Brora single malt whisky left, dating from the time when the Brora distillery was still running.

Every few years a limited amount of Brora single malt bottles are released and the value of them rocket exponentially.

How to invest in whisky for long term profit

The simplest way to start investing in whisky is to buy new, limited-edition releases as soon as they come out (more details on this in a moment). 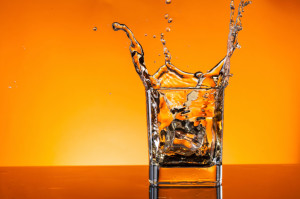 If you’re partial to single malt, buy two bottles: one to drink and one to save. Remember, older whiskies are increasingly rare, because, ultimately, collectors drink them!

1) Scotch Whisky Auctions should be your first port of call

Which are the best whiskies to invest in?

There’s a whole gamut of different constant releases from every distillery in Scotland.

So how do you know which are the best whiskies to invest in?

Let’s start with what to avoid.

Here’s what NOT to buy…

These bottles only increase in value in very rare circumstances (just drink them instead).

Here’s what you should be buying…

Tun 1401 was a limited edition release from a distillery in Speyside called The Balvenie just a few years ago. It retailed for £150 per bottle, and can now be sold for anything up to £2,000 a bottle.

Tip: only buy limited editions that are of a run of 10,000 bottles or less.

Distilleries also release single-cask bottles, which means there is automatically a finite number of these bottles released – so keep an eye out for them, they can prove very valuable.

If you’re buying older bottles, any single malt from the 1960s and 1970s will be valuable. This was a time when there were generally fewer releases of single malt whisky). Anything pre–1945 is exceedingly valuable.

Ultimately the earlier you buy, the less money you’ll pay upfront and the greater profit you stand to make as it ages and increases in value.

This is one investment where you’ll be rewarded for patience. The longer you’re able to hold onto your whisky the more it will be worth.

With that said, you can often make a relatively quick profit on a very good bottle of whisky. Take the Macallan Fine Oak 12 year old.

The first 100 bottles from the distillery cost £35 each, yet within months they were selling for in excess of £100 per bottle!

Why? Simply because being within the first 100 bottles of a release is attractive to collectors.

Any expressions that are commemorative, single cask, discontinued lines, limited release, in the first 100, or small-batch are the types of bottling that will attract interest from collectors in the future.

Here are some important things to look for:

- The bottle condition (the label, the top seal, the presentation box)

- Fill levels are also very important when selecting whiskies to invest in: the higher the fill level the better and more desirable the bottle is

When it comes to storage, store your whisky upright (do not lay them down as the cork will be damaged by the strong alcohol content), at a constant room temperature, away from bright light and dampness.

To research which distilleries are most desirable, check out the Whisky Highland Index.

They provide guidance on the top distilleries who have produced collectable bottles, and provide data taken from UK auctions.

2) the highest single bottle price for each distillery

3) the average price per collectable bottle and

4) the highest percentage gain in value for collectable bottles.

They then score each distillery out of 100.

A passion for whisky helps, as does patience: short-term returns aren’t unheard of as we’ve talked about, but this should be seen as a long-term investment of 10 to 20 years.

As with any form of investment, the price of whisky can go down as well as up, but if the worst happens and the bottom falls out of the market, at least you’ll have something wonderful to drink!