How to exploit overreactions in the football markets

It’s all kicking off…

The weekends are getting busier and busier as more elite leagues begin their new seasons.

We pretty much see a full complement of elite leagues this weekend. The Spanish, Italians and Germans all come aboard to join the English, Scottish, Austrian, Belgian, Dutch, Greek, Portuguese and all countries in between!

If you want a nice and simple strategy to begin with this early in the respective seasons, I would recommend watching out for ‘overreactions’ in the markets.

Here’s what I mean…

In the Premiership Winners market, Man City and Man Utd’s wins, coupled with 10-man (make that 9-man) Chelsea’s defeat to Burnley has done this to the Chelsea odds:

From 4 to 11 after just one match? I’ll have some of that! For goodness sake, there are 37 matches remaining!

Additionally, Liverpool’s odds are far too high in reaction to an unfortunate 3-3 in their opening match of the season. 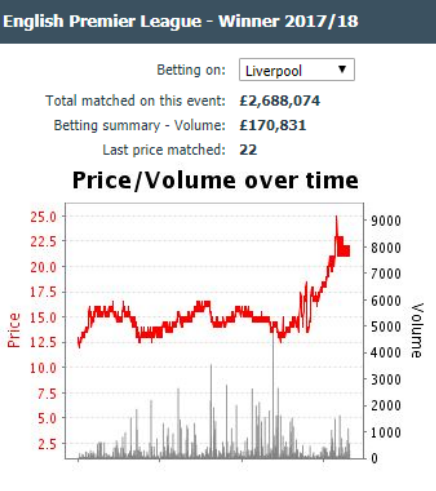 At the other end of the table, Huddersfield’s odds to be relegated have moved up slightly in reaction to their opening day win. 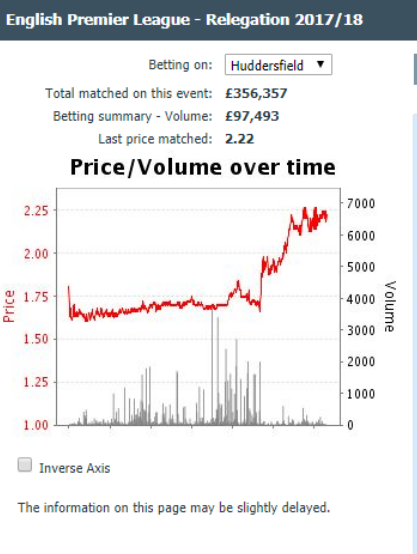 They may yet surprise, but you can back them at odds of 2.25 to be relegated, where they were odds-on last week!

As the other elite European leagues begin this week, look out for surprise results and overreactions in the season-end markets, such as those above.

I am delighted to back the Champions at 10/1, and a decent Liverpool side at near double the odds. There are 37 games remaining folks!

Exploit the overreactions. I will be doing the same now in Germany, Spain and Italy if surprises occur  there too.

The post How to exploit overreactions in the football markets appeared first on What Really Wins Money.