In October 2009 Amazon made a monumental change to the way third party sellers were able to sell their products online, introducing Fulfilled by Amazon (FBA).

This change was significant in that for the first time Amazon would store and post products on behalf of sellers.

The FBA system had been up and running in the USA for a while before it was introduced in the UK. It was hard to see how it would work and – bottom line – be cost effective.

As established third party marketplace sellers on Amazon, we noted that within a very short period our sales were down by around 30%. A huge drop, which we attributed to the introduction of FBA.

Many sellers jumped straight in and began to send stock to Amazon. They could charge how little or how much they liked for their products and, in the main, undermined marketplace sellers prices due to the fixed postage credit Amazon charge.

This was critical because buyers would opt to purchase the FBA products in favour of marketplace products.

Obviously, the way to go was to follow suit – but for the life of me I could not understand the rules and regulations in regards to FBA. They just did not make sense. I was obviously missing something…

In January 2010 Amazon directly contacted us and asked if we would like to consider joining the FBA programme. We had the opportunity to ask direct questions to a ‘live’ person and were able to make an informed decision as to the merits of joining the programme.

I have to say it was very exciting. Amazon paid up to £1200 to send our initial boxes of stock to Amazon. They allowed us to take our own stock in a van, rather than use a much more expensive courier and were very accommodating as to when we could arrive at one of their fulfilment centres to drop off the stock.

The costs associated with sending and storing orders was very beneficial. It was a no-brainer to move over to FBA. 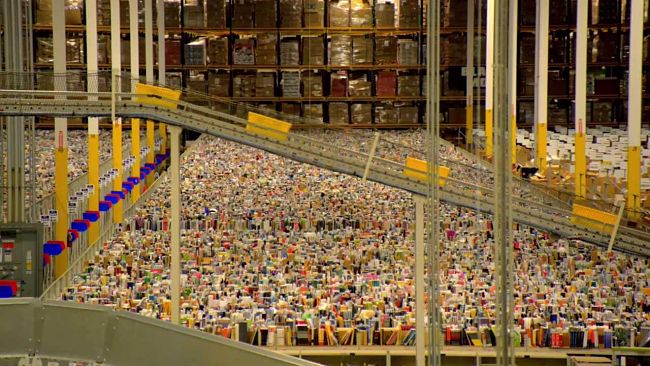 Due to this change, we gave up renting two local authority owned units storing in excess of 24,000 books. We were able to work from home because we no longer had to store any books. It was a very liberating experience.

I had no doubt that I would never again sell books on marketplace using the old methods. No more storing books at home, spending time dispatching, wrapping and posting books. No more queuing at the post office and knowing that all orders will be sent out even while was on holiday!

There have been both highs and lows.

Low – Since it was introduced to the UK, Amazon have made a few changes to the FBA fees and commissions that have increased costs. Thus profits from low value sales are minuscule compared to the early period.

High –  Amazon has now made it easier and relatively low cost to send boxes of books to the Amazon fulfilment centre using a courier.

Low – A few years ago Amazon made a fundamental sudden change, introducing a minimum spend of £10 for books and other media.

This meant that unless buyers take out a Prime Account membership (a premium postage subscription account, costing £79 per year) they cannot use Amazon’s free standard postage unless they spend £10 or more.

And so, should buyers only want to buy a low value book for £2.81 (or less if sold via FBA), they would have to use marketplace third party sellers, or be charged £10 for this item via Amazon or Amazon’s FBA sellers.

Low – As a FBA seller this change hit hard, for the first time sales were adversely affected, dropping tremendously.

It is possible to arrange for Amazon to return books from the storage centre to you – but they do make a charge for this of around 70p per item.

You can also arrange to have Amazon destroy stock for a cost of around 25p per item.

Lately, I have been bringing back stock and selling the returned books on eBay. This has proved to quite successful and makes at least £2/£3 profit per item, over and above all costs that include the returned Amazon fee, the postage cost and eBay/PayPal fees.

I only organise the return of non-fiction titles. Run-of-the-mill fiction titles with low value on Amazon I arrange to destroy.

So over the next year my strategy will be to start returning more books and destroying others, until there are no longer any books stored at Amazon’s fulfilment centres.

This will take me back to how I first began selling online: storing some books at home, dispatching, wrapping and posting books.

And so, as in politics, it seems you should never say never when it comes to playing the game of online selling.