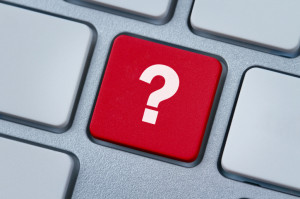 PLUS: Update on Ad Break Trader

You see, I’m looking into some new systems and strategies. But like I mentioned before, I sometimes find it hard to be totally objective when I’m doing this.

The problem is… over the years, I’ve developed such a firm idea of how the markets move and why they behave like they do, I can’t help imposing my own opinion on a new system’s set-ups.

I keep breaking away from the charts to “have a word with myself” before coming back with fresh eyes and a more open mind.

And now I think I’ve got it cracked…

First of all, I started off with a big list of criteria I felt a system or strategy had to fulfil and then kept whittling away until I got it down to the ‘BIG THREE’.

This means I can now quickly skim through a new strategy’s rules, hold it up against our Big Three criteria, and easily filter out any that have a poor chance of being up to scratch right at that early stage.

And whenever I can put a tick next to the Big Three criteria it means it’s worth investigating. I’m making the commitment to thoroughly examine all systems that look promising, entirely on their own merit and will publish in this eletter.

By doing this, we’ll spend time focused on stronger, more robust strategies that’ll have a higher probability of working well.

So here’s what we need to tick-off:

1. Does the strategy recognise the essential nuts and bolts of market movement – like Support and Resistance levels?

It doesn’t have to actually trade off S&R. But does it at least recognise dominant S&R levels in the market? Maybe filtering out low-probability trades that set-up too close to S&R levels?

Support and resistance is the most basic piece of chart analysis. By identifying S&R, and trading around it, you can gain an immediate edge. There’s really no excuse not to be using it.

2. Does it allow for real-world market conditions?

I think you’ve got to accept the market goes through a number of different cycles and conditions. The daily charts can show a trending or range-bound market. The intraday charts show different types of activity at different times of the day. Different currency pairs even show completely different trading personalities. A well thought out strategy will allow for, and even take advantage of the different modes of the market.

3. Does the strategy embrace losing trades?

I like to see a clear indication of the system’s capacity to handle losing trades. I’m suspicious of anything that’s too highly optimised. Very high win/loss ratio systems with a positive expectancy tend to be short-lived in the markets. I much prefer to see the strategy designer make allowances for a realistic win/loss ratio and be right up front regarding those inevitable losing trades.

I also received emails suggesting it would have been more helpful to show you some trades Ad Break Trader actually generated. So I’m going to use Ad Break to show you an example of a good strategy according to our Big Three criteria…

And I’ll also show you some trades I picked off as we go.

So first of all, does Ad Break Trader recognise the ‘nuts & bolts’ of the market like support and resistance?

Well, one of the most impressive aspects of Ad Break Trader is how it locks down institutional activity to a reliable ‘channel’ as we trade into the quieter evening hours. This is a more dynamic evolution of the support and resistance concept put to work in a surprising way.

It gives us our first big tick against the three criteria.

The way Ad Break’ identifies the trading channel is straightforward once you know where to look. With a couple of simple calculations you can quickly work out where the institutions have drawn their battle lines for the evening.

And because volatility begins to seep out of the market at the times we’re trading (UK evenings), the probability of the trading channel delivering profitable trades actually increases. It’s very clever. 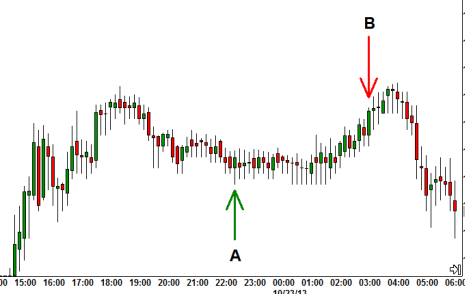 A: The Buy Limit order was working from 8pm to go long on a test of the low trigger we’d seen drop into place earlier in the session. The order is automatically filled as the market bounces off the bottom of the channel and gets us involved.

B: My exit point on the long trade is the higher price area of the channel. You don’t need to push things too hard, you can see how it already took one bounce off the channel high around 18:30 so I wanted out shortly before we arrived there again. I like to rake my pips off the table while there’s still chance. This trade was good for 15 pips although the default target of 20 pips was available if you held your position.

The trades often run into the early hours of the Asia Session and that’s ok… you can just leave your orders working on autopilot while you sleep. On this day, the option was also there to take a new short position off the top of the channel for another 20 pip trade to the short side. I didn’t take the trade, but you could have left your sell order working overnight and woken up to another nice windfall!

Next, how does Ad Break Trader allow for different market conditions?

This is an intraday-only system so we’re not too concerned with general conditions on the daily chart. What you’ll utilise with Ad Break is the decrease in volatility as we move into the evening session. That specific market mode is critical with this strategy.

In the chart below, you’ll see how GBPUSD had quite a wild day with some big swings in price. But as we get into that trade around 7pm the market changes, it becomes quite tame. The momentum drops away and we’re left with our high probability channel to exploit. You can see how it starts to ping around between the top and bottom of our channel… 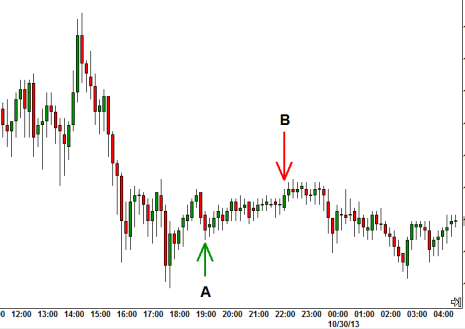 A: Buy order is filled on the low trigger and gets us into a long position.

B: Exit on the long trade gets us out with a 15 pip profit. And again, you can see how an opportunity to immediately go short would have resulted in a second profitable trade (with very little risk) once the market sold off.

Yes I’m taking losing trades in my stride with Ad Break. Here’s one that didn’t quite work out: 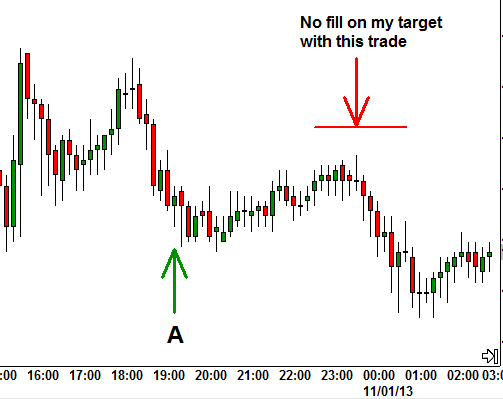 A: The entry off the low trigger is good. It holds against a couple more probes to the downside and begins to climb the channel, but…

No fill on my target today. The market doesn’t quite reach the target level I’d calculated. But nothing’s wrong or broken, it’s just one of those trades that didn’t work out. It only means it’s time to move on to the next opportunity!

Now this might sound a bit weird, but I think of trading systems in terms of cars. I prefer my strategies to be like trusty old Land Rovers: Low maintenance, keeps plugging away for years, takes the rough with the smooth – gets you through all sorts of testing conditions…

The other end of the scale of course is an over optimised fly-by-night tactical trading system… the ones that look incredible but don’t tend to last too long in the heat of battle.

The car equivalent is a fancy high performance sports car – a Ferrari or some other exotic. Looks good, great for bragging rights, but it needs a hell of lot of tweaking and maintaining to keep it on the road. And you’re never quite sure when it’s going to break down on you!

I’m pleased to say we’re safely inside trusty Land Rover territory with Ad Break Trader, you can set this running and it’ll get you where you need to go. In fact Jason suggests a benchmark target of 100 pips per week which is quite modest. This target allows for losing trades to be safely considered and that’s the sign of a well prepared strategy.

If you’ve not seen Ad Break Trader yet, you can see more details here.

I hope you enjoyed this week’s issue. Do you have any specific criteria you look for in a system? Just hit reply to this email and let me know your thoughts.