Did you see the recent TV programme about Amazon?

Did you happen to watch the recent programme on TV about Amazon?

I am sure it’s still available on catch-up if you missed it. It’s a real insight into how Amazon started up: how it turned into a gigantic Titan from its origins with its founder Jeff Bazos and his cronies starting from scratch, working out of a basement.

It’s amazing to think that last year in the UK, £4.5 billion was spent on Amazon… It’s mind-boggling, in fact: it’s the equivalent of £70 worth of goods sold to EVERY man, woman and child in Britain, making up more than half of all online retails sales. 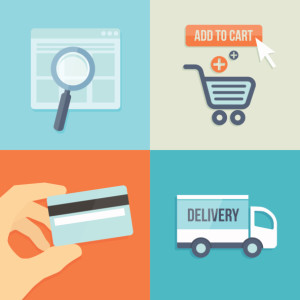 Did you see the recent TV programme about Amazon?

I have to admit, I did know a little about Amazon’s start up, but was under the impression that Jeff Bazos began working from his basement slogging away after work – you know: ‘was poor and is now rich’; the American dream at its best… The impression being that if he could do it you can too…

But it does appear the story did not happen quite like that. Jeff Bazos was working in a company that was involved in computers and the Internet revolution, thus he already had knowledge he could draw on.

He purposely moved from New York to Seattle where all the dot com businesses were ‘happening’ in the mid 1990s – so techies could be on hand to create software and such like, which was required to start a project such as Amazon.

Hardly something most of us could decide to do easily, that’s for sure. He had access to support and investment on a scale we can only dream about.

Anyway, the results of his labour was the advent of Amazon.com., which has turned into a global mega-business.

I do have mixed feeling about Amazon, as I think most people do. Publishers need Amazon to sell its books, but are not happy with the way it has a strangle-hold on the book-selling markets.

It’s said that Amazon ‘like God, will give with one hand and take with the other’. This is true to the point that, as an online seller using Amazon as the main platform to sell their goods, it can be very unsettling.

Amazon creates a business empire that not only squeezes out competitors by selling some items at a loss (so competitors cannot compete) and then once the opposition has been obliterated, they put prices up, but they also enable many businesses to flourish using the Amazon Market Place.

Napoleon stated that Britain was a ‘nation of shop keepers’ and this does appear to be truer in the 21st century than ever before.

But this is possibly to the detriment of many traditional bricks-and-mortar bookshops that just cannot compete with Amazon’s prices, and so end up closing.

In fact, Amazon.com started selling books, but now are always branching out to other types of products: it has over 100 million products within its fulfilment centres.

But let’s not forget that many people are clinging onto Amazon’s coat tails and make a living selling goods on Amazon.

One antidote on the programme resonated with me: the story that when Amazon first started out they had a little bell that would ring when an order came through to the website. Within the first few days the bell would ring non-stop as ordered flooded in, to the point it had to be turned off as it was so annoying.

When I first started selling on Amazon, as emails came through to the computer, I would hear a click and I would rush to see if this represented a ‘sold dispatch now’ email.

One day, a series of clicks made me rush to the computer to find not sales, but the ending of our listings. (At first, listings would only last 60 days and we would need to re-list our books).

Amazon has definitely been a Godsend to my family: it has allowed my husband and I not to be employees, but to work from home and spend loads of time with each other and our children over the years.

One book company that started around the same time as us was covered on the TV show, Awesome Books. If you look on Amazon’s selling pages, you will likely see this company – it’s prolific.

Apparently, it started out seven years ago from a spare room in Reading. They now process 18 million books a year, selling around 5 million to individual buyers.

Awesome Books have created 200 new jobs within its company, due to most of their business operating through the Amazon online store. So it should be recognised that Amazon do create jobs both directly and indirectly, making a massive impact and contribution to the economy.

It really cannot be ignored that Amazon’s retail revolution is very, very useful: life-changing, in fact, to many out-reach places where shopping is a nightmare, sometimes involving may hours travelling to the nearest shopping centre. To them, Amazon certainly is a Godsend.

It is phenomenal that Amazon as a brand is so easily recognised. I have often read books that mention in the story that the lead character went online to Amazon to purchase an item; one school underwent a project where the children were shown a photograph of the River Amazon and the logo of Amazon’s online store: more children identified with the company logo than the river.

Jeff Bazos’ mantra is to start with the customer and work backwards – the company have 14 leadership principles that employees are expected to ‘sign up to’.

And I know they are very hot when it comes to third-party sellers using their site: they fully expect them to adhering to Amazon’s customer service rules and regulations.

If there is any dispute between buyer and seller, Amazon will usually lean towards the buyer, even if they are in the wrong. If you sell on Amazon this is very annoying sometimes, but Amazon’s mantra is that ‘the customer is always right’.

What’s really astounding is that it seems that despite being such a business success, apparently Amazon don’t actually make much profit!

Hello Sharon
I have 850 books for sale that I have listed on Amazon, 99% non-fiction. I would like them to go to a good home: I am moving home and will not have anywhere to put them. I am in Sandhurst, Berks. Kind regards, John.