Decisions based on probability can give the soundest, most logical trades 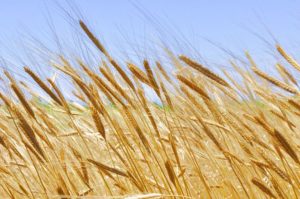 In the early 1900s, a wealthy grain trader lay on his deathbed. He’d lost his wife many decades earlier and had since dedicated himself to his three children.

The children led lives of privilege. They’d been sent to the best schools and never wanted for a thing. But now they were older they mostly just burned through their trust fund income as fast as they could, having a bit of a party.

The trader thought them lazy. He regretted spoiling them and could see how they were just itching to get their hands on the rest of his loot.

But the trader was a wise man. He’d figured out how to teach them the lesson that would stand them in good stead once he’d gone.

So as darkness drew in around the trader the children gathered at his bedside.”Go and see Jim Levit,” the trader croaked. “I’ve left instructions with him. You’ll never have to work a day of your lives”.

The trader passed away and as soon as they could, the children raced around to see Jim Levit – attorney at law.

Jim slipped a small piece of paper out of a file onto his desk and read aloud what was written on it:

“To my three children, I leave my most valuable possessions…”

Smiles and knowing glances were exchanged between the three.

“If you follow these instructions every year, the wealth you were expecting will surely be yours. The rest of my estate I leave to charity.”

His most valuable possessions were dates for buying and selling wheat futures contracts!

I’d love to have been a fly on the wall in that room. Bet you could have heard a pin drop.

So, anyway, legend has it all three of the trader’s children went on to place the trades year-after-year, and sure enough became very wealthy in their own right.

Once they were ready to retire, the three of them agreed to share their secrets with a few of their close associates and the story spread.

The buying and selling dates became pretty well known – they’re called the ‘Voice from the Tomb’ trades because they continued to work just as the long-gone trader said they would.

No one outside their little circle knows for sure exactly how the trades are managed once the positions are open. But rumour has it their special method still works, even today.

A trader called George Kleinman – now president of Commodity Research Corp – did a bit of testing.

Over a thirty five year period, he found if he’d bought or sold on the Voice from the Tomb dates and simply looked for a $750 profit per contract against a $750 stop loss, he saw profitable trades 75% of the time. Not bad!

75% profitable – but what’s the logic behind the method?

Do you think it all sounds a bit haphazard?

Well, it’s nothing mysterious. The trades are simply being fuelled along by seasonal trends.

You see, in many markets there are conditions and events which happen every year and influence price to a greater or lesser degree.

The change of the seasons and the harvest-cycle are the main influences in the grains. But what about the currencies… can you gain an edge from seasonal tendencies for your Forex trades?

There are no guarantees of course, but if you found a seasonal pattern that repeated with 80% reliability within the last 15 years – you’ve got yourself a statistically significant edge.

You don’t really need to know the reason why the pattern is there. It could be down to large corporations repatriating funds at certain times of the year to make their books stack-up. It could be due to something like the seasonal influence of oil prices affecting a country’s currency (the Canadian Dollar tends to be sensitive to the price of oil).

Whatever the reason – if you’re aware of the pattern, you can use it to your advantage and make it part of your decision-making process.

I think decisions based on probability like this can give the soundest, most logical trades available.

It flies in the face of common wisdom, of course. Most traders spend their time seeking finding special entry patterns and indicator crosses, you know the kind of thing. They’d happily step over the treasure while chasing smoke and mirrors.

But if you are interested in finding statistically significant trades, and then using the power of probability to build your trading bank surely and steadily, watch this space.

I have news coming soon that I’m sure you’ll be delighted to hear.

We have a quiet week ahead on the scheduled economic data. Sounds like a perfect excuse to enjoy the late Summer Bank Holiday… be sure to keep one eye on the charts though!