Could you make £2,000 a month by sticking these magnetic plates onto the side of your car?

It sounds like the ideal home business opportunity – very little effort for a huge monthly payout. All you have to do is attach 8 pieces of advertising to the side of your car and you could make a guaranteed £2,000 a month… but is it too good to be true?

Checking out interesting looking home business opportunities is a big part of what I do in Insider’s Edge.

I’m very grateful to reader Julian for getting in touch with me about a company called Moving Target Advertising.

Here’s what he had to say:

I wonder if I could ask for your opinion. I received details of an opportunity and I just would be interested to learn whether you think it is kosher or indeed if you know anything about it.

It comes from a company in Aylesbury and in return for paying the sum of £70.00 you get a manual, help etc. and it is basically all about displaying flexible magnetic plates on the sides of your car or other vehicles, for which they say you can be paid £250.00 per plate per month.

They reckon that the average car can take up to eight plates, therefore earning the sum of £2,000.00 a month.

Their website is moving-target-advertising.net. If you have a moment to look at this, it would be good to know what you think as to whether it is genuine or otherwise.”

I can absolutely see why Julian liked the sound of this one. Here’s my honest take.

We’ll start with the basics. 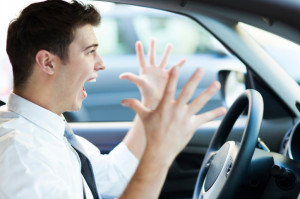 How does this business opportunity work?

The premise of Moving Target Advertising is that you “place temporary magnetic advertisements on your vehicle and receive a guaranteed income of up to £2000 per month per vehicle”.

For a fee of £70 they connect you with a database of customers who want to advertise on the side of your car.

They claim these companies will advertise on rectangular magnetic plates that stick to the side of your car. On a standard car they indicate that you could fit 8 advertising plates and that each of these “would yield £250 per plate per month”.

Add up the figures and that makes for £2,000 a month – just sticking on and peeling off some magnets.

It gets better because apparently if you subcontract and start sticking this magic plates on other people’s vehicles “the earning potential can greatly increase”.

They say on their FAQ page that “Figures of up to £1,500 and above on a weekly basis are quite achievable.”

Sounds ideal, so what’s my problem with all of this?

I always find that the best way to find out if anything is kosher is to de-construct it. Take it apart, look at the details and ask yourself lots of questions. Better still imagine YOU are the business. It can be very revealing.

Here are 6 reasons why you should avoid this:

1. Why would an advertiser want to get involved in this?

There are 40 million cars in the UK and frankly no sane advertiser would pay £250 an ad for a single advert on one car for a month.

You’d actually pay less money for an advert on the London Underground – a place where you can reach hundreds of thousands of commuters every day, all standing still and with time to spend looking at adverts (as they contemplate the unearthly stench coming from the armpit next to them).

If you were to advertise on the side of an official black cab in Manchester you’d pay £250. That’s £250 to a reputable company who have cars that drive around all day and constantly pick up people who will view your ads.

If you were a savvy business would you really spend £250 for someone you don’t know to stick a single panel on their car advertising your business?

As an advertiser you would have no guarantee or easy way of checking that people are sticking to the agreement and displaying their adverts.

They could simply take your money and rip the plates off as soon as you’re gone.

Or they could park the car in a garage for a month – where the only audience for the adverts is a trapped pigeon and a few spiders. I recently tried advertising to pigeons and believe me they’re not big spenders. Spiders are only slightly more affluent.

2. Major, recognised global brands aren’t paying anywhere near that kind of money for people to advertise on their vehicles

Have you seen those ridiculous Red Bull cars driving around?

These are cars driven by ordinary people and have “Red Bull” plastered all over the bonnet and a giant 6-foot can strapped to the back advertising the soft drink.

I knew someone who used to drive round one of those Red Bull cars and he wasn’t making anything like £2,000 a month. He had to abide by all sorts of strict rules and even though they paid for his petrol he didn’t make a great deal of money from it.

Now if a massive global company like Red Bull won’t pay £2,000 a month for an entire car to be decked out like that there’s no way this company has access to a magic database of clients who want to pay well above the market rate.

I’ve certainly never seen these types of ads out on the road.

Ok this is subjective, but if Moving Target Advertising really claim that they can make customers £2,000 a month I’m surprised they can’t pay a tech guy a 100 quid to make sure the font sizes are consistent.

4. There are worrying clues in the wording…

On the website there’s a section: “What does MTA do for me?”

“Our Role: We supply you with customers that want to use this method of advertising”.

So their job is to supply us with a customer database.

As middlemen they simply cannot make the outrageous promise that you can “receive a guaranteed income of up to £2,000 per month per vehicle.”

How can they possibly guarantee this? They can’t force advertisers to take you on.

I could have kicked off with this but I wanted to take you through the process of unveiling this scam step by step.

I did a bit more digging and surprise surprise Moving Target Advertising and their registered address aren’t listed with Companies House.

That’s about as reassuring as a fart in a lift.

There’s also no contact number anywhere on the site – another huge red flag. This information alone confirms that this is a nasty scam.

6. They have a less than enthusiastic fan base

You can’t believe everything you read on forums (believe me you really can’t) but Moving Target Advertising have attracted a lot of attention – all of it negative and that says something.

“If you receive an email from this company `called MOVING TAGET`, DO NOT TOUCH THEM they are a scam company.

Read all the literature on their website and when I got to the part that asked for £75 upfront, I smelt a rat.

Did some more investigations and found out they are a bunch of CON ARTISTS.

Do not send any money to this company, as you will get nothing in return.

“The vehicles shown on their website are also fake. I have been a courier for over 20 years and been delivering all over the country but I have never seen any vehicles with a Simply SameDay logo…

I speak to large legal firms every day (some of them book 1,000′s of deliveries every day) and none of them have ever booked a job with simply sameday…

Its a con to get money for nothing…They are con-men and should be locked-up.” Tony

“Same guy… owns about 31 other domains. Looks like moving target advertising is just the latest… His details should be passed on to watchdog. Would love to see them get hold of him.” Paul

I’ll conclude by saying that this scam is devilishly sneaky because it’s one of those genuinely clever ideas where they want you to think “aha, yes that makes sense”. On close inspection the figures and the business model don’t add up.

Avoid this one with a barge pole sellotaped to a space ship bound for Narnia.

The post Could you make £2,000 a month by sticking these magnetic plates onto the side of your car? appeared first on Insider's Edge.