Could Vogue be DOOMED? 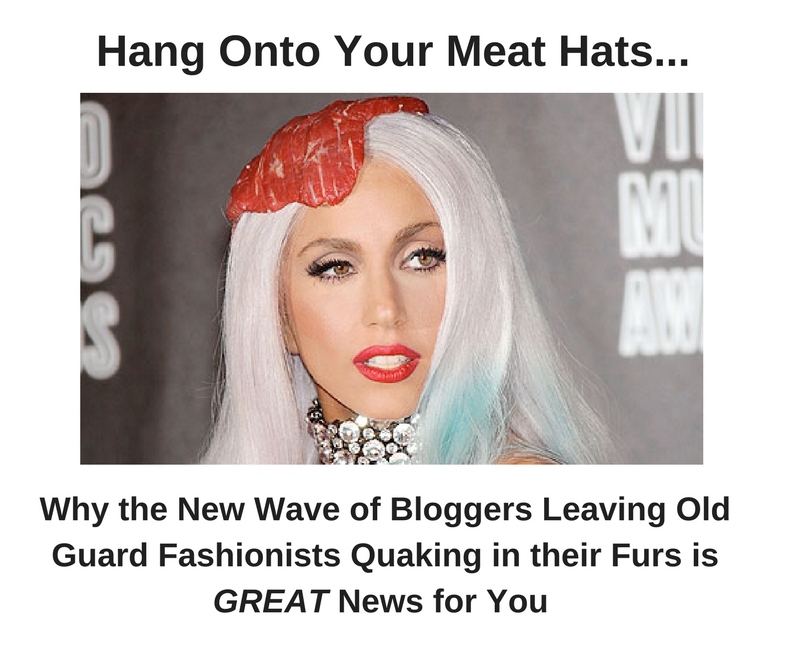 The cat fight is on! An article in The Times at the end of September declared: ‘Angry bloggers stand up for fashion that’s not in Vogue’.

It was about how the old guard of the fashion publishing industry – the Vogue magazine brigade as well as the Patsy and Edwina PR types – were unhappy with the rise in fashion blogs.

Vogue journalists described the new bloggers as ‘desperate’. They claimed they were stealing attention from catwalk shows by parading around outside the events in clothes donated by fashion brands…

…brands that were NOT in the pocket of the big magazines.

How dare these amateur upstarts rain on their fashion parade!

So it was Gucci handbags at dawn…

On one side… the Vogue editor, getting paid handsomely to run a magazine with advertising from big fashion houses.

On the other side… bloggers. Everyday folk with nothing but WordPress sites and a bit of attitude.

They told the mainstream magazine journalists to get back to their Werther’s Originals and Midsomer Murders. (Ouch!)

One blogger said: “This just shows that Vogue aren’t the gatekeepers of fashion any more. They can sense a shift, and there’s a huge amount of interest and excitement going on outside their remit.”

Now, I’m not ashamed to admit I’ve sought out designer clothes in the past… But I completely understand why fashion can be ‘hated’.

For some, fashion is just a bunch of very skinny people parading around in overpriced jeans or wearing hats made of meat.

But this email is not really about fashion.

It is about an exciting opportunity for you to challenge the big players in your field of interest and steal some of their customers.

You see, this recent fashion war is one example of a massive shift in the way bloggers, social media influencers, online reviewers and self-proclaimed consumer champions are viewed… and the power that they now have.

The tables are turning…

Not just in fashion, but in all kinds of special interests and business fields.

The old order is being overturned. Old tastemakers like Vogue, and the likes of Empire (for film) and NME (for music), are no longer the gatekeepers.

They might still have influence, but they are one of many resources that fashion, film, and music fans go to.

There are now so many review websites, niche blogs, and Facebook community pages dedicated to special interests.

There are YouTube channels, podcasts and webinar broadcasts hosted by passionate, dedicated super-fans of almost any subject that interests you.

Far from being seen as self-promoting chancers… barbarians at the gates of taste… these self-made champions are now equal – if not superior – to many of the journalists and paid critics, who are increasingly seen as elitist, out-of-touch and old-fashioned.

This is how many people are beginning to make some serious revenue, at last, from niche interest blogging.

Companies are now on the hunt for bloggers and curators with small but dedicated followers, and they’re willing to pay for exposure.

My wife Heloise is a far more enthusiastic follower of fashion than me. She says that there is a spate of relatively successful fashion bloggers who focus on the fact that they aren’t glossy and highbrow like the mainstream mags.

This makes them much easier for people to identify with (and the prices of what they recommend are often more affordable).

For instance, here are some who are clearly getting sponsored posts and getting other work out of their blogging. Heloise admits: “Some can seem a bit cringe-worthy but at least they are ‘real life’.”

Check out the following:

What these have in common is a down-to-earth, honest, warts-and-all approach to fashion you don’t get in the glossy mags.

These women aren’t perfect sizes, and they aren’t young hip things, and they’re open about that.

They’re real people in affordable clothes. What’s more, they’re happy to talk about their personal lives and loves to make a connection with readers.

Even if these blogs absolutely NOT for you, please don’t think about the content, but the implications for you.

If these amateurs can put the wind up the skirt of Vogue – just by being themselves – what can you do in your field of interest?

Thanks to the new online tools, you have as much power as the big boys

The other week I shared a quote by Kevin Kelly that said:

This goes for special interest blogging, too.

Yes, there was a blogging boom in the early days of the Internet – from 1996 to around 2003 they were hugely exciting and new, but not very profitable for most people.

Getting traffic to them was hard. Finding ways to add other forms of media like videos and graphics were hard. Finding a loyal readership took a long time and lots of writing. It was hard.

Now you have all the tools at your disposal to go up against the Goliaths in your field of interest.

There are massive numbers of people online, 24/7, looking for influencers, curators and people to be their tastemakers… people who are like them, who share their lifestyles and interests… not overpaid magazine editors in hock to double-spread advertisers and boozy PR agents with good connections.

These pages can look just as good as those in any magazine, and you can be as multimedia as they are.

You can use your smartphone to create YouTube videos, or basic recording equipment to upload a podcast to Mixcloud or iTunes. You can outsource logos and banners to sites like www.upwork.com or www.fiverr.com.

All these tools and platforms have levelled the playing field.

But here’s where you can make a difference…

I might go and search online for some new clothes. Maybe I’ll buy a hat. Hey, if Bruce Willis can carry it off… 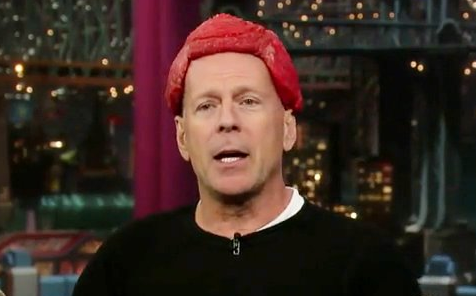