I couldn’t believe the scenes on the local TV news…   A grainy, shaky video appeared to show a mob of shouting protesters throwing paint and other objects at a shop in London’s East End. For a moment I thought it was a race hate crime. It reminded me of those pictures of the famous Cable Street riots in the 1930s… when anti-fascist protesters clashed with police over Oswald Mosley’s Black Shirts. 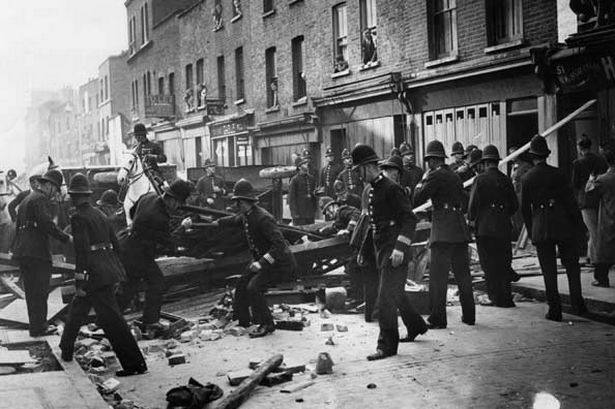 Or worse, of Nazis attacking Jewish shops in the run up to World War II …   And then I wondered if it was some kind of joke or stealth marketing event.
You know, one of those spontaneous ‘flash mob’ happenings where people turn up at a railway station and start dancing to Gangnam Style or Rick Astley. But no, it was weirder than that… This was the front line of London’s Class War struggle.
A bunch of ‘anarchists’ had attacked the Cereal Killer Café in Shoreditch. While children and adults were trapped inside, the mob hurled abuse, bottles and red paint. If you don’t know it already, the Cereal Killer café is a café that sells… well, cereals. 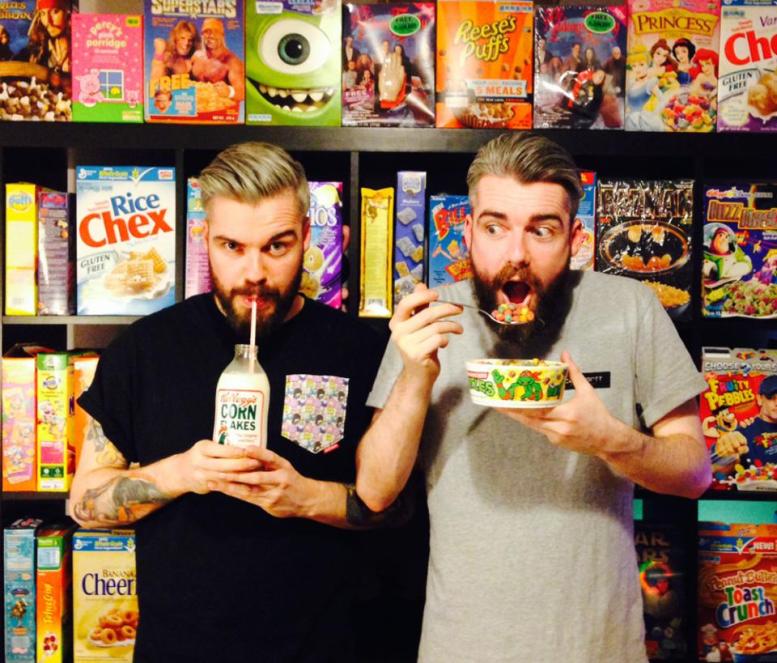 Run by two bearded twin brothers from Belfast, it charges £4 per bowl, which protesters say is a sign of gentrification – an invasion of the sort of businesses and product that locals couldn’t afford.   And so the class war gang came marching with banners, techno, pig-masks and paint… They ignored the Pret-a-Manger and Starbucks chains a few 100 metres away. Instead they attacked a couple of hipsters who have created a quirky, busy cafe selling cereals. What these pseudo-anarchist buffoons fail to understand is this café is keeping the area unique and staving off the big corporate chains that would love to get a stranglehold on Brick Lane.
Why not attack Pret, Starbucks, McDonald’s, Costa and the other usual culprits?
Why not even go to the heart of what they claim is the problem, and march into the City and confront the multinationals and banks? After all this is surely what’s driving the property prices and influx of wealthier Shoreditch residents? My hunch is that it was easy to attack and intimidate a tiny independent café. Which in my book is bullying. And like most bullies, they are ignorant and deeply insecure cowards who only act when part of a mob to back them up. What you could learn from the Cereal Killers
Look, it doesn’t really matter whether you’d actually go and buy a bowl of cereal in that cafe. But you have to admire the Keeley brothers. Despite the puntastic name, this is a friendly, quirky business created by two regular people who have hit on a brilliant and unusual niche idea.   It’s everything I would recommend for What Really Makes Money readers. It shows that there are still simply do-it-yourself business ideas out there that can grab the imagination. Really, anyone could have set up a café like this – it took no special technological skills, special business connections or any cooking talent… Just an idea and a desire to follow through with it. Like all good business ideas, its uniqueness made it stand out from the usual chain stores and independent cafes. It got a ridiculous amounts of free press coverage since the day it open. It was all over Twitter and Facebook. Splashed across the tabloids. Analysed and mulled over in the broadsheets.

In every article the twins were there, staring out from a wall of colourful cereals. I can’t imagine they’ve spent much money on advertising! Because make no mistake, despite the controversy (maybe even because of it) people are still queuing round the block to get their £4 bowls of cereal.   They’re in profit and have opened a second branch in Camden. There’s also something else worth considering about this story. There is a season for all things…
Ideas, technological trends, fashions, businesses and cities grow and evolve, then eventually change again. That is the way of it. And while the anarchists might try and attack the symptoms of this truth, the truth remains. You can either go with or fight it. It is often creatives and artists who move to run-down areas such as Brick Lane because they are unable to afford rents elsewhere. It allows them to flourish. What happens next is that area becomes considered ‘hip’, so other non-creatives want to live there too. That’s when the property developers move in, sensing an opportunity.
I saw this first hand when I moved to Islington in 1994… A lot of artists were being pushed out to Hoxton… in turn they had to move to Hackney… then Walthamstow. Now I believe Forest Gate is the place to watch. London’s unstoppable evolution mean these places will eventually – given the right conditions – become ‘gentrified’.   But what do people really mean by ‘gentrification’?   Despite the Victorian sound of the word, it’s a way of describing an influx of money into an area. This money finds its way into the community through increased demand for more products and services. And because of this, new businesses will spring up. If you’re lucky, you’ll get quirky independently owned businesses like The Cereal Killer café… or you might end up with an identikit high street of corporate chain stores.
The hipster enterprise should be copied!
And whether you consider yourself ‘hip’, or the very opposite of hip, you could learn something about their approach to business: