Brexit and the EU calamity: Now turn and look for your personal opportunity 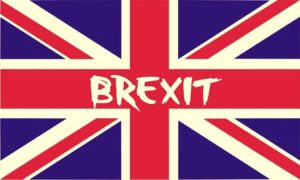 Well, what a week that was!

I stayed away from any active trading during Brexit week. If you’re a member of Overnight Momentum Trader or the Forex Breakthrough Academy you would have seen my suggestions to watch from afar and wait until the dust had settled.

But as I was driving down to the garden centre on Saturday morning I began to think: ‘So where does it all go from here?’

As strange as it sounds, I didn’t really give it too much thought on Friday. I purposely switched off – mainly to avoid getting drawn into any heated and opinionated arguments with people.

And there really were some raging rows going on!

I personally know close friends and family units who may never relate to each other in the same way ever again. I think they may come to regret some of the incendiary ‘Remainers’ vs ‘Leavers’ slurs that have been thrown about, especially since much of it is now saved for posterity on their social media feeds (with screenshots taken by the offended parties in case of deletion). It got really nasty, really fast.

I have trouble relating to that kind of response. For me, if there’s nothing that can be done to effect change, moaning and griping about it all day is just time wasted.

I don’t mean it’s wrong to have an opinion after an event like Brexit, and that carefully directed efforts can’t be contributed to the right cause over the long term, but where’s the return on investment from a day spent furiously tweeting and arguing? That’s not going to change my personal situation for the better anytime soon is it?

One of the saddest things I saw came from a group of younger people. They were using a ‘Not in Our Name’-themed hashtag on their tweets. The idea being that their futures had been ‘taken away’ by the older generations who had supported the Leave vote most strongly.

To take that logic to its conclusion: if their futures could be taken way by other people, they must already have placed responsibility for their prospective future success in other people’s hands too, no?

That seems a powerless and impotent philosophy to me. The only thing anyone is entitled to is opportunity and a right to grab it. And if external conditions change – and they ALWAYS change – you just need to look for the chink of opportunity, drop down a gear, and set off in a new direction to pursue it. For me, there’s no such thing as a ‘good change’ or a ‘bad change’. It all comes down to how you embrace it.

But I reckon I’m preaching to the converted here. By definition we traders thrive off chaotic change because that’s what moves the markets! If the world just ticked along nicely it would be pretty boring watching the charts. You’d just see a flat horizontal line!

That doesn’t mean I have any idea of what comes next or where the opportunities will be of course. That’ll be a case of watching, waiting, and then reacting when the time is right.

But I’ve been keeping an eye on ideas and possibilities being floated around. It doesn’t hurt to have some ‘possibilities’ in mind so you’ve got something to focus on. You then wait until you see signs that it’s actually happening and then make your move.

So let’s see what they’ve been saying.

“You cannot stop this [EU] collapse, nor can you talk it into happening with negativity either. It is going to happen because it has to happen. It has inevitability all over it. Economic structures that should never have been created in the first place are giving way in what will become total structural failure. They are giving way because of their own flawed design:

So that sets a bit of background to one potential future outcome – that the EU structure was flawed to begin with and will now begin to unravel after the referendum result lit the blue touch paper.

And remember, I’m not expressing personal opinions here. Just stepping back, looking at the big picture and finding some things to focus on.

Now I’m no long-term strategist. Like I say, I prefer to see signs that wheels are already in motion before making commitments to a position. But one man who does seem to have the knack of thinking far down the line is legendary investor Jim Rogers.

So let’s see what Jim has to say and see if we can find something a bit more specific to hang our hats on if the EU is indeed on its way down the pipes. Below is an extract from an interview with him by Yahoo Finance:

“This is going to be worse than any bear market that you’ve seen in your lifetime. 2008 was pretty bad because of debt, well the debt all over the world is much, much higher now. Stocks in the US for instance have been going sideways for 18 months, 24 months. That’s called distribution by many people, so when you have distribution for a year and a half, it usually leads to bad things.”

“It won’t happen anytime soon but the deterioration will continue, it makes stocks go down a lot. Remember, stock markets are anticipating the future, they see that happening it will now lead to many other separatist moments in the EU. This is going to encourage a lot of separatist movement. I’m not saying it’s good or bad I’m just telling you what’s going to happen, or what the bear case is.”

“I’ll tell you what I’m doing, people have to make their own decisions, going into this I’m long the US Dollar, I’m short US stocks, I own some Chinese shares, I own agriculture around the world. These are things that might do well no matter what happens going forward. These are going to be perilous times, I hope I get it right.”

So for Forex traders, a continuing seller’s focus on EURUSD seems to be on the cards as far Jim is concerned, shorts on individual stocks and stock indices (with the banks currently leading a charge to the downside), and an eye on China and agriculture to balance the portfolio with some upside potential.

Let’s see what we get in the weeks to come. And see if we can spot those openings of opportunity that’ll let us continue to personally prosper, even when the world around us seems full of chaos.

As well as the scheduled reports this week, do watch out for flighty market moves as they react to more Brexit and EU news. There’s more volatility to come yet, I’m sure!