A quick lesson in common sense… If it sounds too good to be true, it probably is!

I could barely contain my excitement….

Earlier this week I received a very short, but I think you’ll agree, a very exciting email, which you can see below:

As you can imagine, I could barely stop myself from immediately clicking on the link and discovering a top secret stash of really cheap wholesale suppliers waiting for me (once I’d paid the fee to access them of course) so that I could then resell products from those suppliers online for huge profits that would make me an overnight millionaire…

Ok, ok, I jest! Tongue is firmly in cheek here and obviously I deleted the email without a second look or thought (after I’d taken a quick screenshot) because it was quite clearly complete rubbish!

To be honest, it’s a while since I’ve received an email like this and I thought they had stopped simply because so many people are now aware that “If it sounds too good to be true, it probably is?” But it seems that these ‘tempting offers’ are still doing the rounds hoping for a positive hit from time to time.

If you’ve been busy sourcing products for your online or offline business then I’m sure you’ve encountered these “wholesale supplier lists” for sale in the past. They are advertised all over the place but you’ll find them predominantly on eBay and often on Google.

Most wholesale lists are usually offered for sale on eBay at a very low price – 1p or 99p – and cover every niche imaginable. The sad thing is that people actually buy these lists – not in their droves as in times past as people have begun to get wise to it, but never the less, purchases are still being made and this is mainly because of the very low cost. After all, how many people are really fussed about spending 1p or 99p on something?

Unfortunately many of these purchasers really believe that the answer to their product sourcing prayers is this simple and this cheap.

I don’t mind admitting that more than a few years ago (when I was young and very naïve) I purchased more than my share of these wholesale lists and I was always, always bitterly disappointed. Most, if not all, provided only one or two real, up to date wholesale supplier details. The rest of the information consisted of broken links, useless information and companies that simply didn’t exist.

Many sellers of ‘wholesale lists’ make some totally unrealistic claims about the content – if the content exists at all. Usually it’s along the lines of telling you that they have hundreds of “really, really secret” wholesale suppliers who can supply you with goods at way below retail price – but in reality you just get a list of companies who happen to stock random products that the seller has found on the internet.

There’s no research done into these wholesalers, no profitability calculations available for the products available and certainly no comeback if you are unhappy with the list you have purchased. You’re basically receiving a list of websites…and that’s it.

Besides, have a think about it. If you were in possession of a massive bunch of spectacular secret wholesalers, would you really be prepared to give them away for just 99p to every Tom, Dick and Harry? I don’t think so.

But from a ‘buyer of the list’ point of view, would you actually complain if you’d only spent 1p or 99p on that list in the first place. No probably not, because in your heart of hearts you already know before you press “Buy Now” that you will end up with a load of rubbish!

It’s the little niggle that this list could be ‘the one’ that makes you go ahead with a purchase.

So, the message in this weeks eletter is this. Please don’t be taken in by emails such as the one I received this week and avoid buying wholesale lists from eBay, Amazon, Google – anywhere for that matter. You’ll be disappointed, trust me.

I’ve been researching and sourcing products for over 9 years and so if you want proper help with finding true suppliers and in demand products (including their profitability) then head inside to the members area of The Source Report – it’s my online resource available 24/7 and dedicated to genuinely helping you research, source and sell online.

Don’t buy a wholesale list that claims to reveal direct sources for branded and designer goods such as Nike, Prada, True Religion, Seven, Louis Vuitton and so on. All you’ll pay for is a list of Chinese counterfeit manufacturers. It’s illegal to import and sell counterfeit goods.

If you see a wholesale list offering designer wholesale sources that can supply popular branded goods at 80% or 90% off the retail price, steer clear. You will never get designer goods at such knock down prices. It devalues the brand and designers would never allow this.

A wholesale list that claims it will provide you with direct access to thousands of brand name items including popular gaming equipment such as Sony Play Station, Xbox and Wii will be a scam. Don’t even go there. Wholesale Lists that claim to offer ‘millions of secret wholesale sources’ will simply be a list of websites collated from information readily available to you online.

So, in short, please don’t be taken in by offers of ‘wholesale lists’. Save your 99p’s and stick to supplier information that you know comes from a reliable, genuine source.

As always I wish you the best of success, 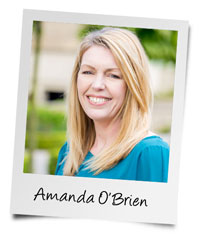