Get the best of both worlds when selling on Amazon…

I don’t know if you are aware but this week in Wales they are hosting a NATO Summit Conference. Going into Cardiff recently, we noted hundreds of security personnel standing guard on bridges and on roundabouts, all wearing a sky blue caps and yellow high-viz jackets. It felt quite intimidating really.

Watching the local news they have excitedly reported on how this conference is raising the profile of Wales, and what an honour it is to host such as world-wide important event. 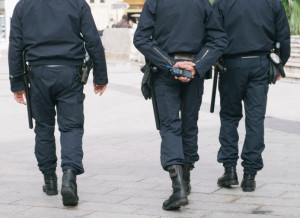 Get the best of both worlds
when selling on Amazon…

But it got me thinking, is it a privilege or a nuisance?

The security measures put in place have impacted adversely on some local business in Newport and Cardiff city centre, preventing customers from accessing their shops and cafes.

Or is it such a boon to the Welsh economy as a whole that it doesn’t matter if a few small business are affected? Because it’s for the greater good, because other business are ‘filling their boots’?

You might ask where does any of the above fit in with selling on Amazon?

When Amazon make changes to their online site, is this a good or bad for us as sellers using Amazon’s market place? Does Amazon’s quest to create the perfect customer experience by offering subscription to a whole manner of services, such as Prime, hinder or help us as online sellers?

Are individual sellers affected – but it’s ok because it’s for the greater good to fit Amazon’s corporate market strategy?

When I first signed up to use Amazon’s FBA system, we considered it to be a great boon to our business. We, as sellers, benefit from Amazon’s systems, designed to collect a loyal customer base that returns to use Amazon, time and time again.

One such advantage is Amazon’s Prime service. Amazon entice customers to subscribe to Prime by offering an array of benefits. It used to be just a simple one-day delivery service, but it has grown into something much, much more.

The issue with these services is this: it losing customers to Merchant Sellers or attracting more customers likely to buy from FBA Sellers.

Now, you may notice that Amazon not only offer benefits to the prime account that I have discussed above, but they also have introduced a superior service called Amazon Fire TV.

I am sure if a customer splashed out for the Prime service and the new Amazon Fire film service (total £158 per year), they would certainly want to return to the Amazon site and receive good value for their money.

The secret, I think, is for sellers to not hold all your eggs in one basket, and have a foot in both camps. I used to have all my books on Market Place and then converted them all to FBA.

Now I use both methods and get to benefit from customers who buy into Amazon’s Prime service and so look for FBA products to purchase and sell to customers that do not want to pay out £79 every year for a Prime service (as they are not attracted to this particular benefit or don’t purchase enough items to justify the cost).

By selling using both methods, you get the best of both worlds.

Look out for my new course due out in the autumn, where I will be explaining in more detail how you can do this to optimise chances of success.

Have a great week!