7 secrets of success from billionaire entrepreneurs

Revealed: 7 secrets of success, according to some of the world’s most successful entrepreneurs 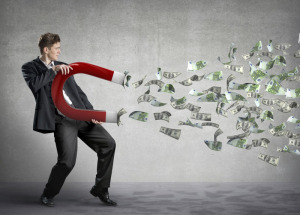 There was a documentary on Channel 4 recently called ‘How to Be a Billionaire’. If you missed it you can see it here. Buried within the narrative were some interesting and surprising insights from some of the richest and most successful entrepreneurs on the planet: Naveen Jain, Dmitry Itskov and Michael Birch.

I wanted to share them with you here in Insider’s Edge.

1. Don’t focus on the money

No-one ever got rich just by thinking about it. Money, as Naveen Jain points out, is a by-product of success.

If you spend all your time thinking about the money and how you’re going to spend it, you’re never actually going to focus on the real issue – which is how to create a successful product, business or service.

Just take a look at the Forbes rich list. You’ll see steel magnates, property investors, dot com entrepreneurs, you name it. What you won’t find is someone with the title: “Person who thinks about being rich”. Why? Because unfortunately thinking about being rich isn’t a business. If it was, we’d all be miiiiilionoooonaires, Rodney.

2. Seek out problems and then solve them

The easiest way to make money is to solve a problem for someone. It could be absolutely anything, big or small…

Fix their fridge, make their Internet connection faster, give them an app that helps organize their day, provide them with cheaper energy, save them time, save them money…

That’s the easy part. The secret is scalability.

For example, a good freelance plumber might be able to do 10 jobs in a week and make good money doing it. However, even if he worked flat out like that for 50 years he’ll never become a billionaire, why? Because there’s not enough of him to go around. He’s one person with a finite number of hours he can work each week.

But if instead our plumber came up with a new, patented device that easily and cheaply solved a common plumbing issue, he could manufacture and sell this item to every other plumber in the world… multiple times. That’s a lot of homes and the potential for a lot of sales.

3. Work on what you love

Millions of us spend 7 hours a day, 5 days a week sitting behind a desk working on something that we really couldn’t care less about.

We do it for money, security, convenience… even image (there sometimes a prestige attached to working for certain companies).

The problem is you’re never going to truly ‘make it’ working for someone else on something that you’re not 100% passionate about. Work on something you love (even if it’s in your spare time) and you’re going to be much happier to go that extra mile and do whatever it takes make it happen, because you will be motivated and driven.

4. Be both stubborn and naïve

You need to be stubborn enough to persist with an idea no matter what and naïve enough to think it can work in the first place.

This is great advice from English Social Media entrepreneur, Michael Birch. He made $850 million when he sold the Social Media website Bebo to Aol (he later bought it back from them for just $1 million).

Often an expert in a given field will say “it can’t be done” and most people will, at this stage, just accept that and move on. A successful entrepreneur looks for solutions not problems. You need to be naïve enough to think “it can be done” in the face of adversity and nay sayers and stubborn enough to see it through.

I’m not talking about clicking your fingers at waiters or pushing in front of people in the post office queue. That’s just rude and should be punishable by public flogging. This is about having some self belief.

If you really believe in something and you know you can make it happen you need to be unswerving in your drive no matter what anyone tells you. People might say that you’re crazy, but that’s ok, let them. Some of the most exciting and innovative ideas where laughed at and ridiculed when they first came to market.

We’re very good in this country at being a bit too polite and accepting of the status quo and if you let that rules you, you won’t succeed.

Shock horror! There’s a turn up for the books eh? But it’s an important point.

So many people want to make money and be successful, but they just don’t want to put the effort in. They seem to think that success and money is going to somehow magically drop down from the sky into their laps.

7. Be prepared to make sacrifices

A business or an idea doesn’t care about your personal circumstances and it won’t fit around your life. You need to be prepared to tighten your belt and give up your free time to make it work.

I think the key thing to bear in mind is success is not about money. Success is measured by you and what you want to achieve, everything else is a bonus.