3 ways to use Volume for high-probability trading

I must admit, I’ve got a bit of a soft spot for volume.

You might have heard me talk about it before. It tends to be followed more closely by futures and stock traders than Forex traders, and it has a certain sentimental appeal to it.

They were forced to use only the purest elements of analysis in their trading decisions: the ticker tape reported prices and quantities (volume) traded – it came spooling out of a great glass-domed machine on a thin strip of paper – and I guess they had to look at the clock on the wall to keep track of the times. That was all they had to work with!

If you read about their methods you’ll find they relied heavily on the relationship between price and volume to make their calls. It’s how they’d get a feel for the flowing currents of the market…

But if the stock was moving upwards in price and the volume coming into the market was drying up, it told them the move was possibly on its last legs and a reversal could be on the horizon

So they had a way of using volume to steer them into high-probability trading decisions.

Why does volume analysis get little attention these days?

Volume is what’s going to show you the intensity or urgency behind movements in price.

Keep an eye on it and you can gauge the buying or selling pressure behind the move – it’s all about who’s being most aggressive, the buyers or the sellers – and that can help you see beneath the surface of price movement.

It can help you gauge the tops and bottoms of range bound markets, and it can also give you a clue that an eventual breakout is genuine or if it’s likely to fail. 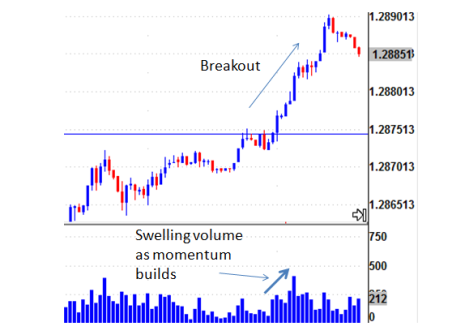 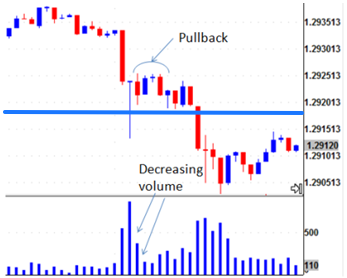 Here we see a potential reversal on high volume at the bottom of an established trading range but the immediate pullback in price doesn’t confirm further buying. The decreasing volume shows buyers are not really interested.

And when you add the often overlooked ‘4th Dimension’ to your volume analysis it’s like peering inside the inner workings of the market. A true insider’s advantage!

But lots more on that to come after Easter.